By Newsroom on August 5, 2013Comments Off on New Devondale Dairy Soft Campaign From DDB

In recent times Devondale, Australia’s largest dairy co-operative, has forged a reputation for making some of the industry’s most talked about advertising.

Their new campaign for Devondale Dairy Soft should be no exception. Following in the comedic footsteps of ‘Soy After Taste Face’ for Fast Start, this new campaign centres on the ugly bust ups caused by hard butter.

“There’s one drawback to hard butter – it rips holes in your toast,” says DDB Executive Creative Director Darren Spiller. “This can often be misconstrued as a form of passive aggression. Actually, we made that last bit up, but we had great fun exaggerating the potential consequences of hard butter buttering.” 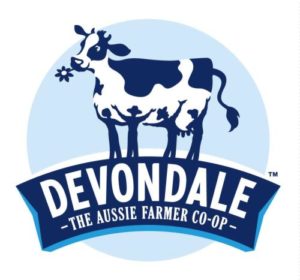 “Unlike hard butter Devondale Dairy Soft spreads straight from the fridge. But as is the Devondale way we wanted to deliver this message in an entertaining and unexpected way.”

The campaign launches with a TVC entitled ‘Stepdad Steve’, directed by leading Australian comedy director Tim Bullock. It will be supported by strategically positioned path to purchase as well as digital executions.

This is the first of 6 product campaigns Devondale will be rolling out over the next few months via DDB Melbourne.