By Newsroom on May 14, 2013Comments Off on OREO Spreads Wonder From Coast-to-Coast

Wonder if I gave an OREO to the big bad wolf, what might happen?

In its newest campaign, which debuted with a 90-second TV spot on Sunday evening, the World’s Favorite Cookie answers this question by exploring how something as small as sharing an OREO cookie can create a positive change in perspective. 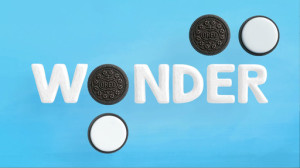 The campaign, featuring the OREO WONDERFILLED anthem, will come to life in New York City today with 500 a cappella singers performing the new song and sharing OREO cookies with New Yorkers. The wonder and singing will then spread coast-to-coast, with visits to Chicago and Los Angeles as the launch week unfolds.

The OREO WONDERFILLED animated ad focuses on universally-known stories told with a distinct OREO-inspired twist. Singer-songwriter, Owl City (a.k.a. Adam Young), whose style of music embodies optimism and a carefree nature, performs the catchy tunea that poses the question, “Wonder if I gave an OREO to…?” and ends with a light-hearted change in perspective for all those it touches in the song.

“For more than 100 years, OREO has represented childlike delight. It is what has helped make OREO the World’s Favorite Cookie,” said Janda Lukin, Director, OREO, at Mondelez International, Inc. 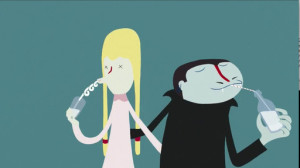 “The OREO WONDERFILLED campaign has a much more universal message, asking people to see the world the way OREO does – with openness and curiosity. We are excited by the stories we can tell with this campaign and energized by the limitless ways we think it can evolve over time.”

New Yorkers will experience the wonder during their rush hour commutes and throughout the morning when a cappella singers, including nationally known groups, will bring the lyrics to life in their own unique voice – from Wall Street to Times Square.

Joined by Owl City, the day will culminate in a group sing-a-long in Union Square. OREO will also share Vine videos throughout the day so that fans across the country can participate in the celebration.

Later this week, OREO will take wonder on the road to Chicago (May 16) and Los Angeles (May 17), enlisting local a cappella groups in each city to be part of the OREO WONDERFILLED excitement. 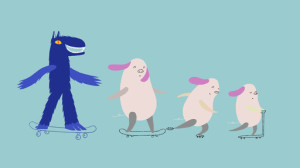 The OREO WONDERFILLED campaign was developed by The Martin Agency, 360i, Weber Shandwick and MediaVest.

OREO Spreads Wonder From Coast-to-Coast added by Newsroom on May 14, 2013
View all posts by Newsroom →