By Newsroom on April 8, 2015Comments Off on Burger King to Pay For Real Life Burger & King Wedding 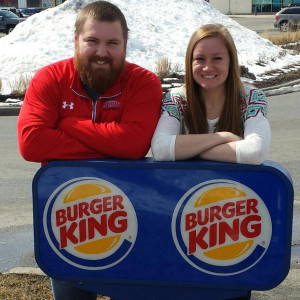 A man with the surname Burger and his childhood sweetheart, Ashley King, are getting wed in an all expenses paid ceremony after the fast food giant caught wind of the aptly named pair’s engagement.

Joel Burger and Ashley King announced their engagement next to a Burger King sign in Illinois, US, and the story was reported in the local paper.

Burger King’s PR team swiftly caught wind and launched a Twitter campaign with the hashtag #BurgerKingWedding to find the happy couple. The chain then offered to pay for their wedding.

A spokesperson told The Mirror: “When we heard about the happy, Burger-King couple, we felt an overwhelming urge to celebrate their upcoming marriage. On so many levels it felt like fate. They found each other and their story found us.” 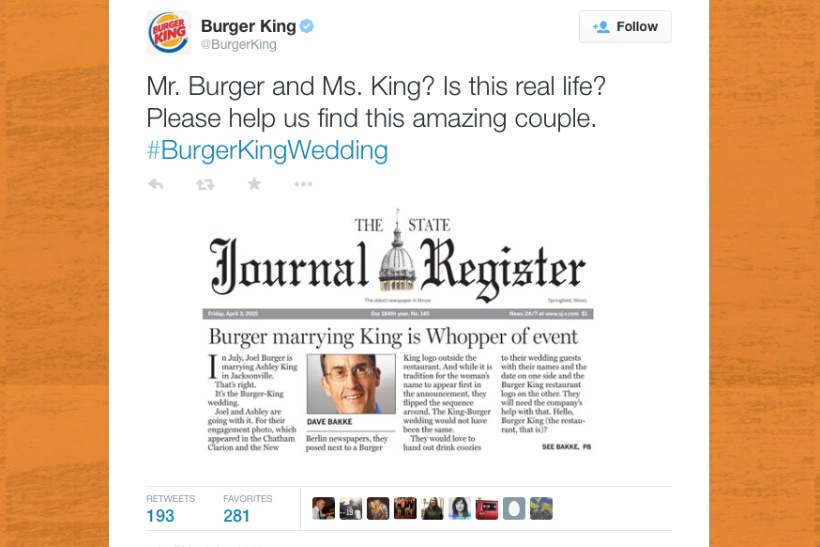 Burger King to Pay For Real Life Burger & King Wedding added by Newsroom on April 8, 2015
View all posts by Newsroom →