Pringles invites fans to ‘use the force’

By Newsroom on January 3, 2013Comments Off on Pringles invites fans to ‘use the force’

Pringles is giving fans a chance to come up with a #TheForceForFun video idea that could become a national TV commercial. 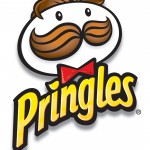 In a totally out-of-this-world alliance, Pringles, that irresistibly crunchy and flavorful crisp, and Star Wars, the powerful pop culture phenomenon from Lucasfilm, have come together to launch “The Force for Fun” video contest.

This fun and inventive contest gives fans everywhere the opportunity to express their creativity for the chance to have their idea made into a national TV ad.  The contest celebrates the flavorful deliciousness of Pringles as well as the fall 2013 back-to-back releases of Star Wars Episode II: Attack of the Clones and Episode III: Revenge of the Sith in breathtaking 3D.

Fans can submit ideas for a Pringles Star Wars video from now until January 21 for the chance to win at least $250 and the potential for it to become a national TV ad.  An idea is not a detailed script; it is a spark of inspiration, or a description of what will happen in the video.  Submissions should be in 140 characters or less.

Amateur and semi-professional video creatives from the Tongal creative community will compete to produce five videos based on the winning ideas.  In addition, fans can submit videos of their own and two of these will be selected as fan-generated “wildcard videos.”  Of these seven total videos, Pringles and Lucasfilm will jointly select one video to professionally produce which could air on national television in the fall of 2013.

Pringles invites fans to ‘use the force’ added by Newsroom on January 3, 2013
View all posts by Newsroom →