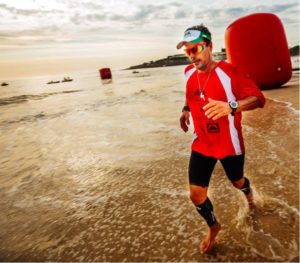 Marcio, 48, regularly competes in extreme races held over hundreds of kilometers in harsh environments, so fast recovery between training sessions is essential. Lacprodan HYDRO.365, a gold standard whey protein hydrolysate, is the perfect solution for helping athletes like him maintain a demanding program and hit peak performance levels when it really matters.

Marcio explained: “For me, it’s simple: if I can recover more quickly between training sessions then I can train more often and for longer, which will lead to improved performances in competitive events. Whey protein hydrolysates are more rapidly absorbed by my muscles than any other form of protein, which means I recover more quickly so I can push myself even harder.”

Recent events in which Marcio has participated include the Double Jungle Marathon, held in the Amazon rainforest over 509km, and the Badwater, a 434km race staged in the Death Valley desert in California. Earlier this year, meanwhile, he set a new world record for non-stop treadmill running, clocking up an amazing 827.16km.

Troels Laursen, Head of Health & Performance Nutrition at Arla Foods Ingredients, added: “We’re delighted to welcome Marcio as a brand ambassador. His achievements as an ultramarathon runner are extraordinary and he is particularly well known throughout South America, which is one of our key markets for sports nutrition ingredients. His endorsement is very valuable. It will enable us to deliver our messages about the benefits of whey protein hydrolysates in a persuasive and compelling way to ensure athletes understand the unrivalled benefits.” 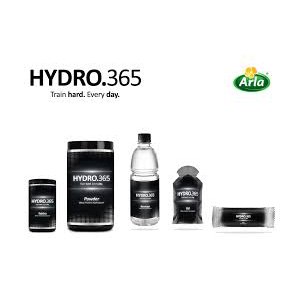 Lacprodan HYDRO.365 can be used in a wide range of sports supplement product applications. It will take center-stage for Arla Foods Ingredients at SupplySide West, which takes place in Las Vegas on October 7-8, 2015.