By Newsroom on March 27, 2015Comments Off on Carl’s Jr.’s Let Agency 72andSunny Create Its Latest Burger

Fast-food chain Carl’s Jr. took its relationship with 72andSunny to the next level by allowing the agency to actually create its new spicy burger.

72andSunny not only conceptualized the ‘Thickburger El Diablo’ burger but also developed the ingredients list, named it, and designed packaging, along with its traditional marketing duties. 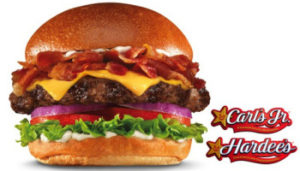 He added that the agency has been invited to product development meetings with Carl’s Jr. and Hardee’s before but that this is the first time a product idea was brought to life for the chains.

Sports Illustrated Swimsuit Rookie of the Year Sara Sampaio is featured in a spot called “Too Hot to Handle” to promote Carl’s Jr.’s latest menu item.