Corner Bakery Hoping For A Hot 2013 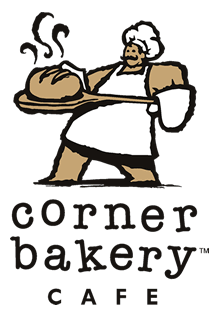 The new agreements added 125 cafes, raising the total to 288 cafes under development, as the company moves forward on its goal to double its U.S. footprint by the end of 2015.

In addition, the fast casual concept, popular for its ingredient-inspired menu, made fresh to order for breakfast, lunch and dinner, opened 20 new restaurants in 2012, including its first in Florida, Northern California and South Texas.

Based on the successes of 2012, Corner Bakery Cafe has even bolder plans for the coming year.

“For 2012, we set out to sign agreements representing 108 new cafes and we easily exceeded that goal. Capitalizing on this momentum, we’ve set our sights to surpass last year’s results in 2013.”

Much of the growth can be attributed to a renewed focus on expansion through franchising. In addition to bringing in Benjamin to spearhead franchise development, franchise veterans Nick Booras and Gregg Koffler were also added as directors of franchise sales.

“There is no question that Corner Bakery Cafe is the right brand in the right segment for any developer seeking to expand or diversify into the Bakery Cafe segment of Fast Casual,” said Benjamin.

“I knew the brand had the advantage of strong unit-level economics, and I was really impressed by the strength and quality of the industry-respected leaders who were, and continue to be interested in becoming a part of our growth,” Benjamin said. “Our new franchise partners include some of the most successful restaurant professionals in the industry.”

Corner Bakery Cafe will get 2013 off to a fast start with upcoming openings in Houston, TX; Longview, TX and Miami over the next few weeks.