By Newsroom on November 28, 2013Comments Off on Growing Naturals Revealing Myths & Facts About Holiday Weight Gain 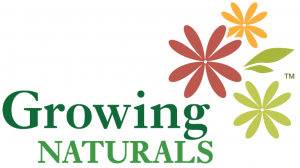 At the starting line of the biggest gastronomic pleasure season of the year, Growing Naturals, makers of allergen-friendly rice and pea protein, are proclaiming both good and bad news: significant holiday weight gain is a myth, but for those already overweight (Body Mass Index 25-29%) and obese (BMI + 30%), holiday binging will adversely affect their waistline more than those who are an average weight.

In an effort to educate Americans about how protein helps to maintain weight through holiday indulging, Growing Naturals has launched the “Winter Weight Challenge;” which is a chance to win a free membership at Yoga Works* and free rice and pea protein. By simply registering at Growing Naturals, each entrant will receive an automatic 40% discount on any Growing Naturals protein.

“We’re on a mission to teach that if you ‘pre-fill’ with protein before holiday indulgences, it gives the feeling of fullness that lasts through the buffet line and dessert,” said CEO, Growing Naturals, David Janow. “Every study on holiday weight gain has debunked the dreaded scares of 7-10 pound upticks in weight.  The average American gains 1.5 pounds a year, but because they don’t lose that same amount in the beginning of the next, it adds up. It’s easier to never gain weight, than it is to take it off.”

Starting this week, contestants can enter here and winners will be announced on the Growing Naturals website on January 1, 2014. The Yoga Works memberships can be used in any of the 27 studios throughout the US. Entering the “Winter Weight Challenge” provides entrants with a weekly eating tip email from leading dietitians, professional trainers and nutritionists.  Until December 31, 2013, Growing Naturals is also offering weekly challenges, upon entering that gives a chance for 10 people to win 1 pound of protein.

Myth: a clinical study showed the average holiday weight gain is less than commonly asserted. Since this gain is not reversed during the spring or summer months, the net 0.48-kg weight gain in the fall and winter probably contributes to the increase in body weight that frequently occurs during adulthood. 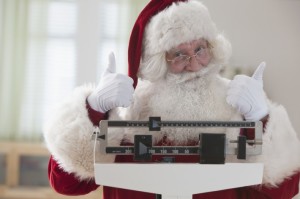 Fact: In research published in the journal Obesity, Heather Niemeier, PhD, found that the seed of overeating lies within our emotions. Niemeier’s team  found that people whose overeating is triggered by emotions tend to have a harder time losing and maintaining weight. (JAMA).

Fact: The amount of weight gained over the holidays could depend on pre-holiday weight. Overweight and obese individuals tend to gain more weight during the holidays than those who begin November at an average weight.

Fact: The Science Daily reported that political correctness affects caloric food choices for those in social holiday situations. Average weight people will make healthier food choices in a buffet line next to an obese person to make them feel more comfortable.

Myth:  Forbes reported scary statistics about the average weight gain over the holidays, which is often put between 7 and 10 pounds, though one study found that’s largely a myth.