By Newsroom on October 2, 2015Comments Off on Miller Lite Returns to Original Steinie Bottle For Limited Time Only in the US 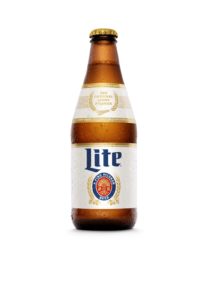 The brand that launched the light beer category is going back to its roots, again. After successfully bringing back its original look in 2014, Miller Lite will be available in the Original Steinie Bottle for a limited time only during the holiday season. The 12-ounce ‘Steinie’ bottle will connect generations of beer drinkers as friends and family gather to enjoy Miller Lite the same way it was served 40 years ago.

Launched in USA in 1975, Miller Lite revolutionized the beer industry by becoming the first widely successful low-calorie beer. Although a lot has changed in the world since the 1970s, Miller Lite continues to provide beer drinkers a great tasting and less filling pilsner.

“Bringing back the Original Steinie Bottle allows us to share an important part of our history,” said Greg Butler, Miller Lite senior director of marketing. “This time of year is about connecting with friends and family and those moments deserve something special. The Steinie bottle allows us to deliver our great beer in a special package that is perfect for these occasions.”

The Original Steinie Bottles will be available nationwide now through December, while supplies last. To support the launch, the classic bottles will be featured in a national television, print and online advertising campaign, as well as on billboards across the country.

“When we first launched Miller Lite in the Steinie bottle in 1975, we set out to change the industry with our great tasting beer at only 96 calories,” said Manny Manuele, MillerCoors director of brewing quality. “Having Miller Lite back in its original bottle brings back so many fond memories and marks how far we’ve come with this award-winning beer.”

Miller Lite Returns to Original Steinie Bottle For Limited Time Only in the US added by Newsroom on October 2, 2015
View all posts by Newsroom →