Plum Organics Named One Of USA’s Most Promising Companies

By Newsroom on February 11, 2013Comments Off on Plum Organics Named One Of USA’s Most Promising Companies

Plum Organics, one of the leading organic kids nutrition company, has been featured on Forbes annual ranking of America’s Most Promising Companies – a list of one hundred privately held, high-growth companies with bright futures.

The only organic food company included in the Top 50, Plum Organics is listed as #19 based on its historical growth and future potential.

This is inclusive of the entity’s financial performance, executive management team, and significant partnerships with leading retailers nationwide.

This prestigious recognition from Forbes follows several other exciting accolades and announcements for the company. 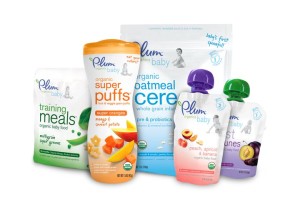 Most recently, Plum Organics announced its acquisition of organic baby food maker Plum UK, which further positions the company as a global leader providing innovative solutions for the modern family.

“It is an honor to be recognized by Forbes as one of the most promising companies in the United States,” said Neil Grimmer, Co-Founder and CEO of Plum Organics.

“We started Plum with the vision of bringing healthy, organic food to kids throughout America and are humbled by the response we’ve received from parents and caregivers alike. This overwhelming consumer response has given way to the rapid growth and expansion we’ve experienced in a short period of time and we believe this is just the beginning.”

Plum Organics has also announced the addition of former U.S. Senator Bill Bradley as a member on the company’s Board of Directors as the company remains dedicated to appointing leaders that align with their core values and social mission.

Mr. Bradley, former Senator, Olympian, NBA star and author, brings over 18 years of experience in public service with a passion for issues that impact the advancement of our nation’s children.

He will lend his voice and expertise to Plum as they further their mission of providing greater access to organic nutrition for babies and children in need in the U.S.

“We are a passionate bunch at Plum, and seek the best talent to expand our team,” said Grimmer. “We are thrilled to welcome Bill Bradley to our Board of Directors, as his expertise and dedication to public service will certainly be an asset to our organization’s enduring mission. We’re excited for all that 2013 has in store for us and cannot wait to share more of our upcoming endeavors.”

Plum Organics Named One Of USA’s Most Promising Companies added by Newsroom on February 11, 2013
View all posts by Newsroom →