By Newsroom on February 27, 2013Comments Off on This Morning’s Winning Pizza Hits Domino’s Menus 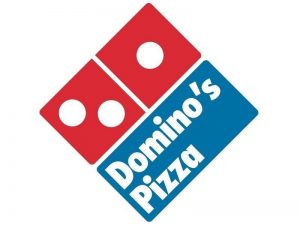 A pizza with real television pedigree takes pride of place today on menus at Domino’s stores all across the UK.

To celebrate Maria headed to the Domino’s store at High Wycombe – Loudwater – to cook up the very first Domino’s version of her winning Chimichurri pizza.

With the ITV cameras in tow the competition winner proudly rolled up her sleeves and applied her skills to the pizza which features chicken, yellow and red peppers, and Chimichurri sauce.

Maria said, “It’s fantastic to see my creation now on the Domino’s menu! Food is a massive part of my family – my grandmother was a cordon bleu chef and my parents and brother run an Argentine restaurant in Middlesex so I’ve always loved cooking and using my Argentinean heritage in recipes. When I saw this competition, I just had to enter.”

The competition, which was held in November, invited This Morning viewers to submit pizza topping ideas to create the People’s Pizza.

The tastiest pizza ideas were whittled down to just three by a panel of experts including This Morning‘s Phil Vickery , star of The Only Way is Essex, Mario Falcone , and Domino’s new product development chef, Chris Denoven. Maria Tyrrell was announced as the winner in a public vote live on This Morning.

The pizza was a favourite of presenter Holly Willoughby , who commented at the time of the winning announcement, “Well done Maria! I would’ve been happy with any of them, but I did like that one I have to say – that was the one I thought was the nicest.”

Simon Wallis , sales and marketing director for Domino’s Pizza, said, “We are delighted to have been associated with this competition on ITV’s most iconic daytime TV show and are delighted that the pizza has now launched on our menus.”