By Newsroom on April 25, 2013Comments Off on World Premiere of “Bottled Up” Documentary to Close Dallas’ USA Film Festival 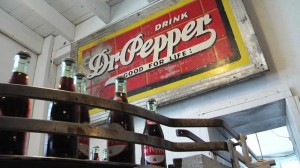 The closing night of the 43rd Annual USA Film Festival in Dallas will feature the world premiere of “Bottled Up: The Battle Over Dublin Dr Pepper,” a new, feature-length documentary chronicling the demise of the iconic Texas soda, Dublin Dr Pepper.

“For years, thousands of Texans and people around the world have loved Dublin Dr Pepper, and they still are talking about why their favorite soda disappeared literally overnight,” says documentary producer Don Merritt of Dallas’ Spittin’ Image Films. 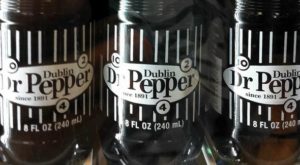 “In ‘Bottled Up,’ we’ve tried to capture the true emotion of the legal and cultural struggle surrounding this beloved brand. We are extremely pleased to be featured on USA Film Festival’s closing night and to be able to premiere our film in Dallas.”

The documentary includes in-depth interviews with townspeople from Dublin, corporate leadership at Dr Pepper Snapple and members of the Kloster family, who have owned and operated the Dublin plant for decades.

The film also features insights from former Dallas Mayor Laura Miller , acclaimed journalist Robert Wilonsky of The Dallas Morning News, and many others.

Dublin Bottling Works became the world’s first Dr Pepper franchisee in the late 1800s. Under the leadership of the late W.P. Kloster , the Dublin plant became a popular destination for Texas residents and customers worldwide who craved Dublin Dr Pepper made with pure cane sugar.

When other bottlers began using high fructose corn syrup in the 1970s as a cost-cutting measure, Mr. Kloster refused to change his recipe and the Dublin plant used only pure cane sugar until the last bottle of Dublin Dr Pepper crossed the production lines the day before the lawsuit was settled.

In addition to Mr. Merritt, the Spittin’ Image Films crew that has worked for more than a year to complete “Bottled Up” includes Director/Editor Drew Rist , Producer/Audio Mixer Kirk Edwards and Director of Photography Jake Wilganowski .

World Premiere of “Bottled Up” Documentary to Close Dallas’ USA Film Festival added by Newsroom on April 25, 2013
View all posts by Newsroom →