By Newsroom on January 25, 2016Comments Off on Burger King and Dentsu Y&R Tokyo Pitch it Against the Big Mac

The unique selling point of Burger King (BK) is the hamburger with a flame-grilled beef patty, but the tasty beef is not well known in Japan.

Dentsu Y&R Tokyo thought they could create new BK fans if they were able to get hamburger lovers to eat the BK’s burger. So they launched a new product “Big King” by mimicking McDonald’s signature product “Big Mac”. 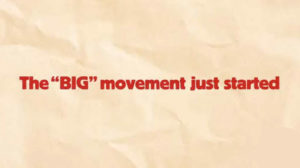 In order to make the “Big King” appeal to their target, they ran a campaign to turn any items which were “Big” in size or had the word “Big” in their names into unique and special coupons, while even involving people who were not interested in BK.

They aimed to create a social movement in which people would associate any “Big” items with the BK brand.

Burger King and Dentsu Y&R Tokyo Pitch it Against the Big Mac added by Newsroom on January 25, 2016
View all posts by Newsroom →