By Newsroom on March 14, 2018Comments Off on Burger King Rewards Good Samaritans in Latest Stunt by David

In celebration of Good Samaritan Day on March 13, Burger King have whipped up a whopper of a stunt, in partnership with David the Agency.

Stationing a smoking car on the edge of a highway in California, they delivered special treats for those kind enough to stop and lend a hand.

Those who did stop, armed with fire extinguishers and handfuls of sand, were left visibly confused and then delighted when they realised the car fire was not all it appeared.

Under the hood of the car, instead of an engine and the accompanying usual metalwork, was a fully functioning grill preparing a series of Burger King’s signature Whoppers. These were then handed out as a reward for their altruism courtesy of the chain’s mascot, The Burger King. 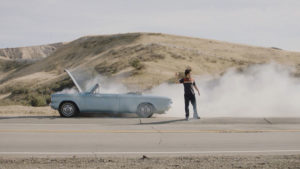 A statement from Burger King said, “The film showcases the genuine outpouring of concern from those who pulled over to lend a hand, quickly turning to relief as they realised the flames were from a grill, and not an engine fire. These good Samaritans were prepared to help in any way possible, from running up with fire extinguishers to attempting to douse the flames with a handful of sand. Sometimes a simple gesture can be a reminder of how great it feels to do good.”

The fast-food chain though has come under some criticism for the stunt, given its similarity to a BBQ Quebec spot from 2017.

A rep for BK denied the campaign was copied and told AdWeek: “This is a coincidence and further proof that good ideas can come from anywhere. The Good Samaritan Whopper campaign is a natural expression of who we are as a brand and our positioning.”

Burger King Rewards Good Samaritans in Latest Stunt by David added by Newsroom on March 14, 2018
View all posts by Newsroom →