By Newsroom on October 16, 2015Comments Off on Burger King Trades Tomatoes For Whoppers in France

Burger King rolled out a PR stunt in France that involved dishing out 100,000 tomatoes to customers in restaurants and then taking them as currency in exchange for a burger.

In the activity by creative agency Buzzman, aimed at communicating the fact that it uses fresh tomatoes, it handed out thousands of the red fruits to passers-by who were unsuspecting, if not a little confused.

Would-be burger fans could them take them in store and exchange them for a Whopper. 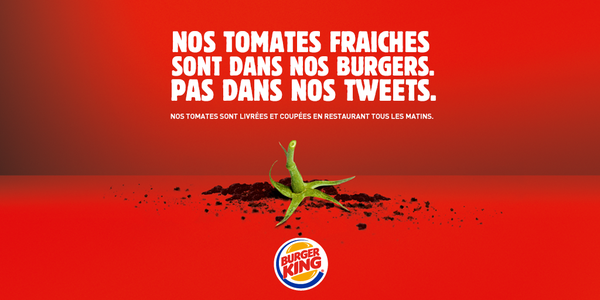 Burger King Trades Tomatoes For Whoppers in France added by Newsroom on October 16, 2015
View all posts by Newsroom →