By Newsroom on June 3, 2013Comments Off on Canadian in The Mix to be Named World’s Most Imaginative Bartender 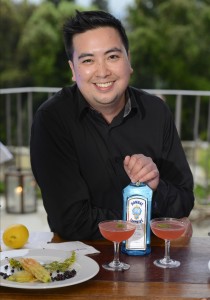 After beating out the rest of the country, Calgary-resident Franz Swinton recently competed in the second ever Bombay Sapphire World’s Most Imaginative Bartender competition.

The contest brought together the top mixologists worldwide to not only challenge them, but also support them on their journey to becoming the most imaginative bartenders in the world.

The competition took Swinton and his fellow finalists representing Austria, Denmark, Germany, Italy, Japan, South Africa, Spain, Switzerland, the United Kingdom and the United States on a four-day adventure, visiting the Italian home of one of the Bombay Sapphire botanicals – juniper berries – and exploring the world of the historic gin.

The competition was centred in the historical city of Florence where the eleven competitors experienced the energy of local markets, the enticing smells of Tuscany’s famous foods and the cultural sights and sounds of the region.

The competition itself took place on the final evening of the trip at Il Salviatino, a 15th-century villa high in the hills over Florence.

Each bartender was tasked with creating their most imaginative cocktail – combining their individual influences with the cultural experiences they had encountered throughout the trip.

Swinton was a worthy competitor, adding his own unique flair and style to his cocktail, Paradiso.

In the end, Matteo Vanzi of Italy took home the title with his cocktail, The Pastorini (Perfect Lady), a twist on the classic white lady, using a recipe of Bombay Sapphire Gin, a homemade shrub of a light jasmine green tea and pink grapefruit peel infusion.

Swinton notes that his cocktail, Paradiso, was directly influenced by various elements of the trip, including the simplicity of the local cuisine that focused on fresh, quality ingredients; the meadow of wild yellow flowers that led to the juniper berry fields; and the precision and care that was taken in selecting each juniper berry that goes into making Bombay Sapphire. 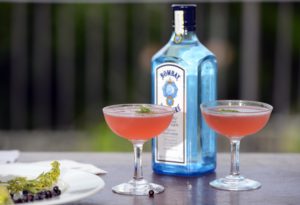 “Being a finalist in this competition showed me that Canadian mixologists have a place among the best bartenders in the world,” said Swinton, currently bartending at Anejo Restaurant and bar manager at Cube Tasting Lounge, which is scheduled to open in Calgary this July.

“My experiences in Italy, including meeting the competitors, receiving advice from the judges and gaining a better understanding of the care and craftsmanship that goes into every botanical used in Bombay Sapphire, not only inspired my cocktail, Paradiso, but also inspired me to continue to learn and develop as a bartender.”

The cocktails created by the finalists were judged by a panel of industry experts, including the head of training and education for Bacardi, Jacob Briars; local Florentine Negroni expert, Luca Picchi; Hamish Smith, Deputy Editor of Drinks International; and the winner of the inaugural Bombay Sapphire World’s Most Imaginative Bartender Competition (2012), Canada’s David Wolowidnyk.

“The best part of returning to this year’s competition as a judge was meeting the highly talented competitors and joining them on their Italian adventure, including visiting the home of one of Bombay Sapphire’s 10 botanticals – juniper berries,” said Wolowidnyk.

“A major component of judging was evaluating how the cocktails each competitor developed evoked the experiences of the week, so accompanying the mixologists allowed me to see firsthand where their cocktail inspiration came from.” 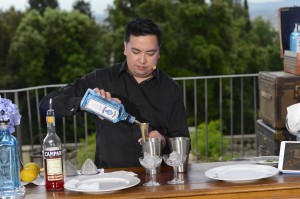 Furthermore Matteo Vanzi will have the unique opportunity to work with Virgin Atlantic to create their new signature cocktail, which will feature as part of the airline’s Clubhouse2 imagination.

Bombay Sapphire is at the heart of imaginative cocktail-making and by hosting the World’s Most Imaginative Bartender competition, it is providing a platform to encourage and inspire bartenders from all over the world.

“As a brand, we believe imagination makes the world a better place and are especially proud to champion the important role it plays in the creation of truly imaginative cocktails,” said Brendan McDonough, Bombay Sapphire Brand Manager, Bacardi Canada.

“As each of the finalists has learned over the course of the event, imagination is core to the Bombay Sapphire Gin brand, from the care taken in sourcing each of our exotic botanicals to the unique vapour infusion distillation process and our iconic blue bottle. Our aim is to spark the imaginations of not just these finalists, but bartenders and gin-lovers worldwide.”

Canadian in The Mix to be Named World’s Most Imaginative Bartender added by Newsroom on June 3, 2013
View all posts by Newsroom →