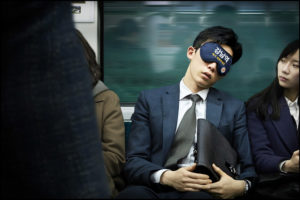 Many Koreans are busy and sleep-deprived. According to one OECD statistics, Koreans’ average sleep time is 7 hours and 49 minutes, the shortest amongst its member states. Another OECD stats confirms Korean’s commute times is the longest.

Not surprisingly, many people nod off on the subway while commuting, and end up missing their stop. They usually cannot sleep well in the subway for fear of missing the stop.

So Burger King worked with Cheil to make these people sleep better in subway as well as boost its sales in early hours. It created a sleeping mask saying “Wake me up at ABC station” – wearers of this mask can sleep and relax, expecting somebody will wake him/her up at the correct ABC station. 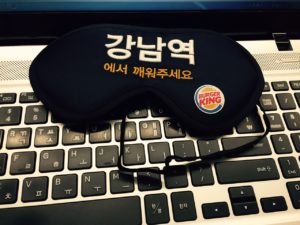 There are 2 free coffee coupons inside the mask so the wearer can give the coupon to the person who wakes him/her up, in return for gratitude. Those who received the coffee coupon can get a cup of free King Americano coffee from selected Burger King stores, located near the ABC station.

The campaign started from Feb 23 to Apr 15 so Cheil created five different sets of sleeping mask for each station, and distributed them to those who exit each station. (Because they are the ones who need to get off at that particular station). 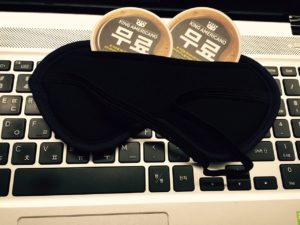 The selected Burger King stores (which gave free coffee in return for the coupons) saw 18.7% sales increase in the morning time, according to Burger King Korea, because many bought something extra in addition to free coffee. Cheil’s own social media analysis also found out that social media buzz about Burger King soared 44.5% after campaign launch. These numbers were measured during one month from the campaign starting date, Feb 23.

Sung-phil Hwang, Art Director of Cheil, said, “Most campaigns are designed to increase communication between brands and consumers. We certainly achieved this objective but also encouraged communication among consumers themselves.”

Due to the rising demand, Morning like a King is being executed from April 15 in Busan, Korea’s second largest city. 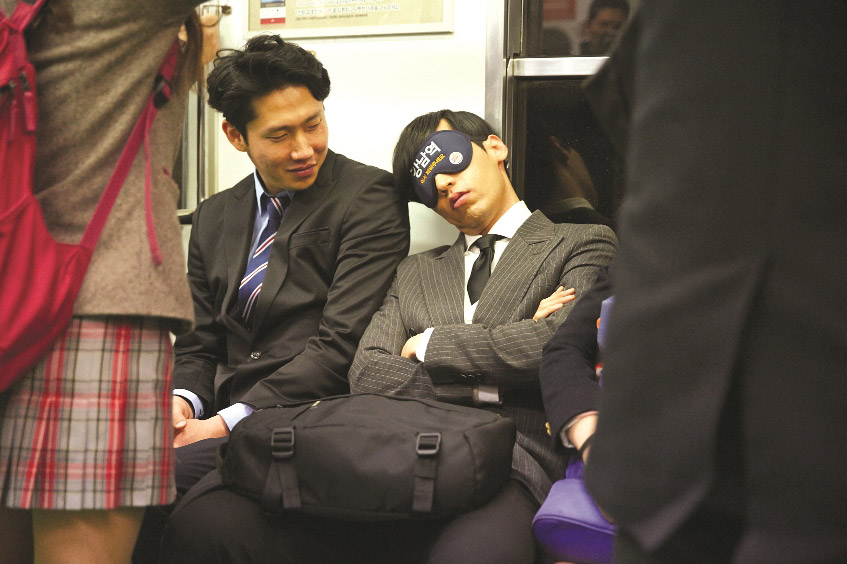