By Newsroom on February 27, 2013Comments Off on ConAgra Foods Enlists Music Stars To Help End Child Hunger in America 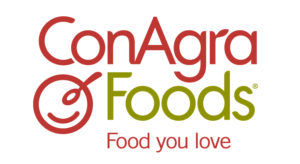 Children who experience even intermittent struggles with hunger may suffer serious, long-term consequences to their health, well-being and educational achievement.

ConAgra Foods is building a community of people to make a difference, from top musical artists, to parents, kids, employees and more to help donate up to 3 million meals.

This effort complements the ConAgra Foods Foundation’s $10 million, five-year commitment to Feeding America, the leader in the fight against hunger nationwide. 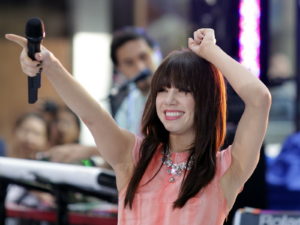 The 2013 Child Hunger Ends Here campaign will be supported by Carly Rae Jepsen, Tori Kelly, Amber Riley and Cody Simpson, who will lend their voices to spread awareness for child hunger while asking consumers to take action by entering a code found on participating ConAgra Foods products.

The campaign will be supported with an original song, online concerts and retail promotions alongside a social media campaign involving top online influencers.

This is the first time a major food company has partnered with a management company in this capacity, channeling the influence and talent of artists in order to impact real change.

“For 20 years, ConAgra Foods has provided funds, expertise and food to fight child hunger, and while there’s been progress, child hunger continues to be a problem across America. We created the Child Hunger Ends Here program to raise more awareness of this serious issue, and we’ve made it simple for consumers to get involved by starting with a code entry,” said Gary Rodkin, CEO of ConAgra Foods.

“Now, by partnering with these talented performers, we hope to have an even bigger impact and encourage more consumers to help us end child hunger in the U.S.” 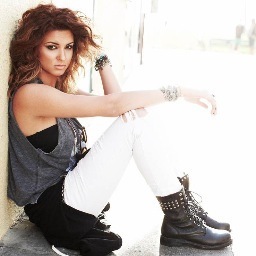 Written by recording artist Tori Kelly, the original song, “Fill a Heart,” brings the story of hunger to life, drawing awareness for the nearly 17 million children who are food insecure in the U.S., while motivating parents and kids to learn how they can help end child hunger.

Kelly premiered her acoustic version of “Fill a Heart” during a February 18 Stageit concert, where she broadcasted live via this online concert venue with viewers watching from their laptops.

Riley and Simpson will also record versions of Kelly’s song, in their own unique styles, which will be available for download at www.ChildHungerEndsHere.com March 1.

Exclusive behind-the-scenes video content from Kelly, Riley and Simpson will be available on the website and at Facebook.com/ChildHungerEndsHere, and other surprises in the campaign are also on the way.

“It’s important for me to be actively involved in causes that affect children, and I love how easy it is for people to participate in this program,” said Tori Kelly.

“It’s heartbreaking to know there are so many children in this country who are hungry, so when I set out to create a new song for the Child Hunger Ends Here program, I wanted to bring awareness and provide a hopeful message that by working together, child hunger can be solved.”

For each code entered, the equivalent of one meal will be donated to Feeding America. Codes can be entered through August 2013.

Additionally, consumers can start with a code and do more. While entering codes, consumers will be able to submit their zip codes to support the local Feeding America food bank serving their community.

Up to ten local food banks with the highest number of zip codes entered within their service area will receive the monetary donation of an 80,000-meal donation ($10,000), provided that the total number of codes entered exceeds 2 million.

Local food bank grant recipients will be determined at the conclusion of the code-entry campaign on August 31, 2013. 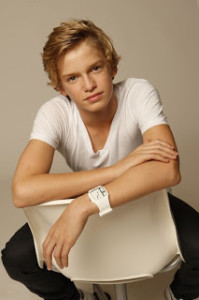 Cody Simpson added, “It’s so easy to make a difference, all you have to do is look for the red pushpin on participating ConAgra Foods packages, enter a code on the website and you’ve just donated a meal to Feeding America, how awesome is that! Recording the ‘Fill a Heart’ song and learning about child hunger really opened my eyes. I hope people will join us to help end child hunger.”

“Child hunger is a problem we cannot ignore, and it is a privilege to work with ConAgra Foods to make a real difference right here in America,” said Music Executive Scooter Braun, credited with launching the careers of Justin Bieber, Psy (“Gangnam Style”) and Carly Rae Jepsen among others. “I’m so proud of my artists that they are willing to lend their voices to such an important cause.”

In addition to partnering with celebrity talent, ConAgra Foods is enlisting its own talent for the company’s Week of Service, April 5-19.

Employees at locations nationwide will volunteer at food banks, pack boxes of food and serve meals. The company hopes to exceed the 3,400 hours employees volunteered during last year’s Week of Service.

Since 1993, through their partnerships with Feeding America, ConAgra Foods and ConAgra Foods Foundation have provided more than 302 million pounds of food and invested more than $37 million in capacity building, child hunger programs and groundbreaking research.

The Foundation, a separate a 501(c)(3) nonprofit entity primarily funded by the company, is in the midst of a $10 million, 5-year commitment to Feeding America, the largest donation ever made to Feeding America specifically to fight child hunger.