By Newsroom on January 9, 2015Comments Off on Cricket Star Richie Benaud Calls On Aussie Legends for the Ultimate BBQ

For the first time in living memory, legendary Australian cricketer and commentator Richie Benaud won’t be commentating at the cricket this Australia Day, which falls on 26th January.

Instead, Sydney agency The Monkeys tasked Benaud with organising the ultimate Australia Day BBQ in a campaign for Meat & Livestock Association (MLA) that encapsulates what Australia Day is all about.

It’s not just a bunch of mates from the modern era invited to Benaud’s BBQ. 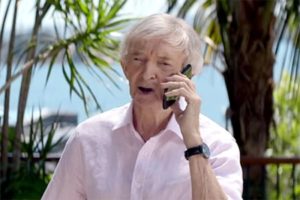 They’re all in for the greatest BBQ of all time. And we mean “All time”.

Directed by Australian director Tom Noakes – who was a finalist in the Doritos ‘Crash The Super Bowl’ competition last year – the film encourages Aussies to get together over lamb as part of MLA’s annual Australia Day campaign, which airs nationally.

Cricket Star Richie Benaud Calls On Aussie Legends for the Ultimate BBQ added by Newsroom on January 9, 2015
View all posts by Newsroom →