To help launch V Pure, an energy drink with five naturally-sourced ingredients, TKT Sydney has teamed up with FINCH’s Benji Weinstein for the fifth time to create another installment in V’s, ‘The Massive Hit That Improves You A Bit’ campaign.

V Pure is a game changer in the energy drinks category – providing more choice for Australians seeking an energy-boosting drink with naturally-sourced ingredients, and no added sugar or artificial flavours.

TKT Sydney said: “It’s fun to build on the huge success of V’s previous campaigns. But like the drink itself, we wanted to reinvigorate the format this time around with a little self-awareness and a cast of badass warriors.” 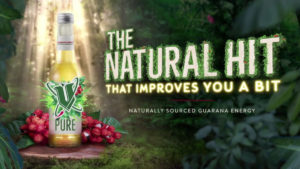 Frucor Suntory commented: “V has been able to drive category growth for many years through innovation and consistent communication. We’re excited that with the launch of V Pure, we’ll be able to continue driving category value and keep building on our successful comms platform.”

Supported by a $5.5 media spend, the campaign launches October 2nd with a 30″ and 15′ TVC. Cinema, digital, social and OOH will roll out across October, along with the biggest shopper and in-store activation campaign in the brand’s history. 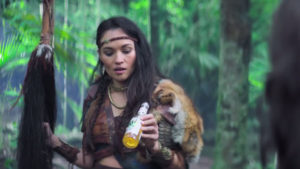