By Newsroom on September 23, 2014Comments Off on ‘Human Burgers’ To Be Given Away For ‘The Walking Dead’ Premiere 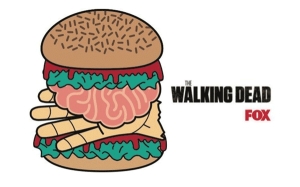 To promote the fifth season of The Walking Dead, which is set to premiere on 13 October 2014 in the UK, Miss Cakehead has teamed up with London Mess to create “human burgers”.

The concept was inspired by season four’s finale at the Terminus, where a group of cannibals reside. James Thomlinson, the chef behind London Mess used a mix of veal, beef, pork, chicken liver and bone marrow as the patties for the burgers.

According to Thomlinson, he came up with this recipe based on a description by author William Seabrook, who ate human meat in west Africa and wrote about the experience in his book. 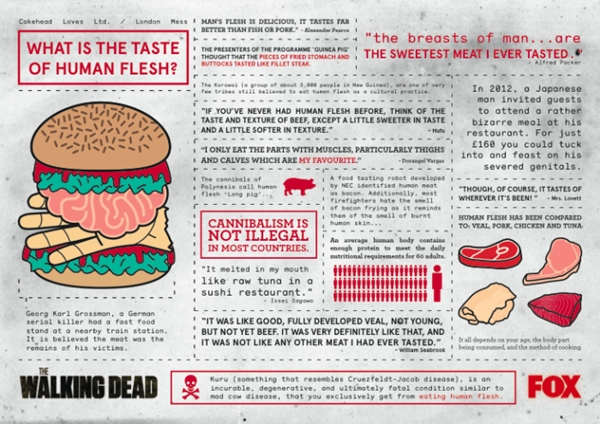 A pop-up store in East London will be giving out free “human burgers” on 30 September 2014 and you can find out the exact location by following #terminustavern on Twitter. 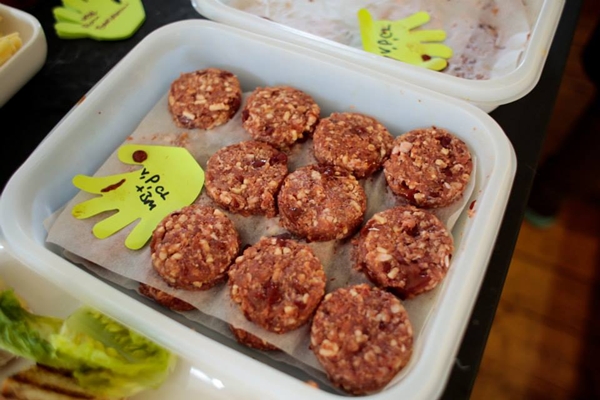 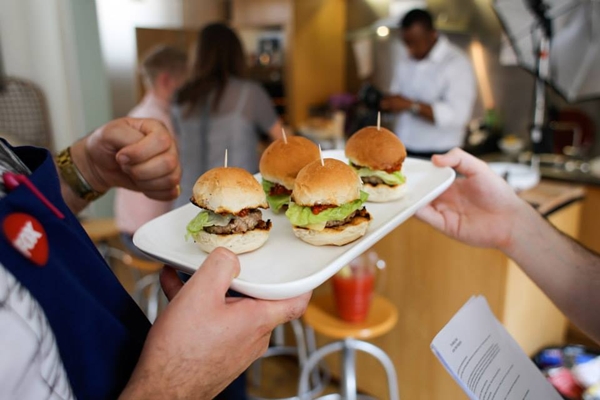 ‘Human Burgers’ To Be Given Away For ‘The Walking Dead’ Premiere added by Newsroom on September 23, 2014
View all posts by Newsroom →