By Newsroom on May 5, 2016Comments Off on KFC Announce ‘Finger Lickin’ Good’ Nail Polish that Tastes Like Chicken 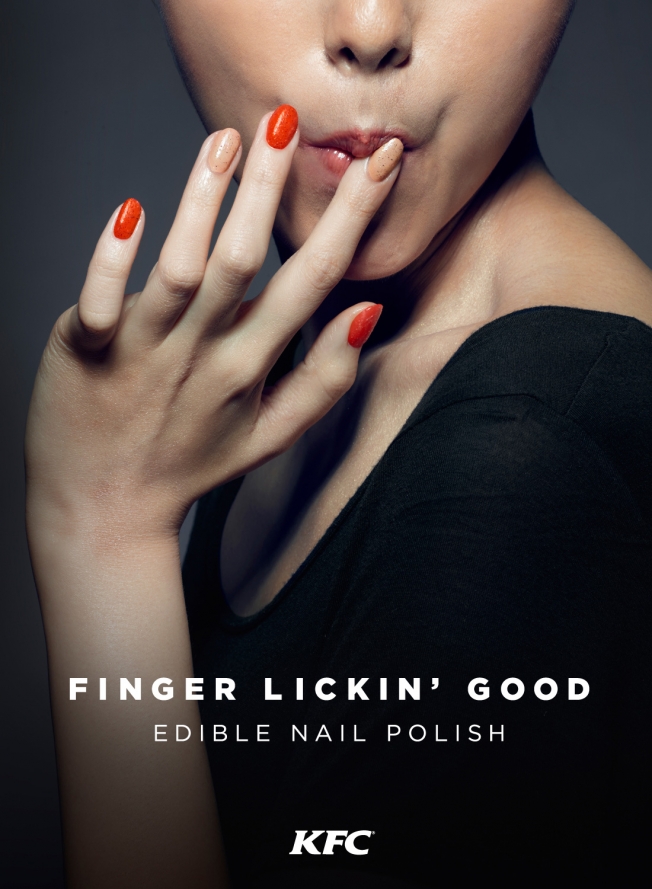 April Fools’ Day was a month ago, but KFC is only just now announcing that it has made two edible nail polishes that bring the classic tagline, “Finger Lickin’ Good,” grossly to life.

Ogilvy & Mather worked with food technologists at McCormick, the spice company that provides KFC’s secret mix of 11 secret herbs and spices, to crate the nail polishes for KFC Hong Kong. The polish flavours are sourced from natural ingredients and based on the brand’s two favourite recipes, Original and Hot & Spicy.

So, yes, it tastes like chicken—at least, the coated stuff KFC sells.

“To use, consumers simply apply and dry like regular nail polish, and then lick—again and again and again,” the brand said in a statement. 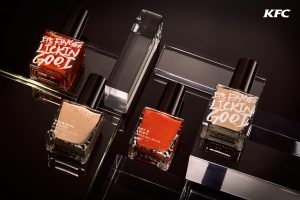 “The recipe for our edible nail polish is unique and was specifically designed to hold the flavour, but to also dry with a glossy coat similar to normal nail polish,” says Ogilvy creative director John Koay. “This campaign is designed to be intriguing and fun to increase excitement around the KFC brand in Hong Kong.”

KFC really did make this stuff—thus, it’s not exactly a gag. But it’s not mass producing it. At least not yet. The nail polishes are packaged in a designer bottle and box and have been teased on social media in recent weeks.

The brand has released on online music video around the project, too, and is inviting Hong Kongers to choose the best flavour to go into mass production.

KFC Announce ‘Finger Lickin’ Good’ Nail Polish that Tastes Like Chicken added by Newsroom on May 5, 2016
View all posts by Newsroom →