In celebration of KFC’s monumental return to the forefront of pop culture, the brand announced its first-ever in-game Super Bowl advertisement. The 15-second advertisement will air in the fourth quarter of the game. Titled Colonel vs. Colonel, the ad features Kentucky Buckets Coach Colonel Rob Riggle and Georgia Gold Colonel Billy Zane in a face-off for the spotlight, the first time two KFC Colonels have appeared on screen together. 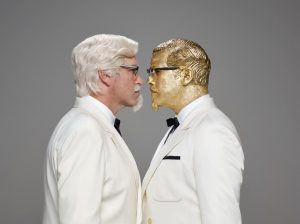 The spot is supported by three teaser videos, available on KFC social channels and on YouTube from Tuesday, January 31 and leading up to the big game on February 5. 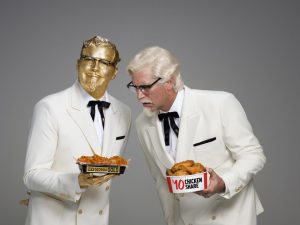 “KFC is back—back to making chicken the way our founder, Colonel Harland Sanders made it, and back in pop culture—so we’re celebrating on the biggest advertising stage of the year: the Super Bowl,” said Kevin Hochman, KFC US chief marketing officer. “From Original Recipe and Extra Crispy to new and exciting flavours like Georgia Gold and Nashville Hot—KFC has the perfect variety to wow your big game party guests.”