By Newsroom on August 25, 2015Comments Off on The Cult PR Appointed For Ambitious Prime Burger Launch Campaign

Pioneers of Britain’s street food movement, Magicgoal Ltd have appointed The Cult PR to work on the ambitious launch campaign of their premium, quick service food outlets in ExCel London and the capital’s biggest railway stations. 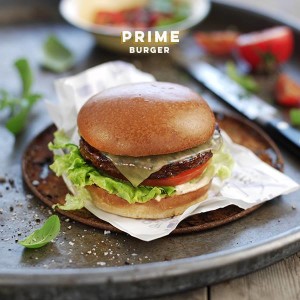 In November 2014, Magicgoal sold its event catering business – and the trading names Fine Burger Co and Fine Chicken Co – that had operated for the past decade at the UK’s most iconic events, including The 2012 Olympics, RHS Chelsea Flower Show, Lords, Glastonbury, Hyde Park Calling and Bestival.

And they have enlisted the multi-award-winning PR agency to promote the launch of new brand, Prime Burger, which will replace Fine Burger Co in the retained, fixed-site kiosks at St Pancras International Station (rebranded on June 22)
and ExCel London (to be rebranded on August 28) as well as ExCel’s Fine Chicken (to become Rotisserie in September) while growing their existing outlets, like Coffee Dogs at Kings Cross Station.

The agency will also creatively promote the opening of Magicgoal’s newest Prime Burger outlet at Euston Station in September, to its target ABC1 consumer market as well as B2B clients.

The Cult Director Charli Morgan said: “We’re thrilled to be working with such an innovative, passionate and trailblazing business during this exciting stage in their brand’s vast expansion.” 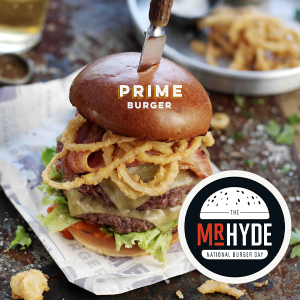 Magicgoal Director Sam Steele added: “We’re really excited to be working with a press company as bright and enthusiastic as The Cult PR. It’s a significant investment for a small business to invest in building media profile in consumer and trade media and we’re really looking forward to developing our brand awareness and the strategic input and support that Charli, Matt and their teams can provide to help us grow.”

The agency will also be tasked with maximising exposure for exciting marketing initiatives, such as Prime Burger’s 8 Minute Guarantee, their Burger-Meister Class and Breakfast Club as well as securing celebrity endorsements and promoting leading interiors guru, Shaun Clarkson’s remarkable designs, which tell visual stories about each outlet, that connect with their locations.

And they will raise the profiles of the brand’s MD Robert Tame and Director Sam Steele as godfathers of the fresh, high quality, food-on-the-move scene, taking advantage of their passion for food as well as their impressive backgrounds in music and magazines which have informed their business and provided unique opportunities.

The Cult PR Appointed For Ambitious Prime Burger Launch Campaign added by Newsroom on August 25, 2015
View all posts by Newsroom →