By Newsroom on September 18, 2015Comments Off on Manhattan Grill Supplies Packed Lunches for Terminally Ill Children 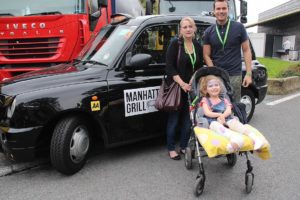 The charity is currently transporting over 250 children from Docklands to Disneyland Paris, in a convoy of London’s infamous black cabs.

And lunch will provided by West India Quay’s Manhattan Grill restaurant for the children and their families. The event, organised annually by the Worshipful Company of Hackney Carriage Drivers, offers sick children a break from therapy and treatment.

The acclaimed steak restaurant pitches in annually to provide lunch boxes filled with delicious treats for children with life-threatening illnesses, racking up a total of 24,000 packed lunches since the restaurant first participated. 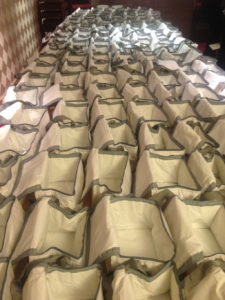 Speaking about the charitable deed, restaurant manager Henning Kramer said: “It brings our team immense amounts of joy every year to be able to contribute to this amazing and important event. When we’re making hundreds of sandwiches for the packed lunches we try to have a bit of fun with it, so we hold competitions between the kitchen team and the waiting team to see who can make the most sandwiches in the least amount of time. The kitchen team always wins of course!”

50 taxis undertook the first trip in 1994 with 100 children and by the Millennium year the number had increased to 125 taxis with 250 children. To date, 2200 taxis have taken almost 4400 children to Disneyland, including some drivers that have participated every year since 1994, completing nearly 15,000 unpaid miles of driving.

And incredibly, the convoy has successfully completed its journey every year despite encountering a channel tunnel fire, a blockade of Calais by fisherman, a blockade by lorry drivers and a fuel crisis. 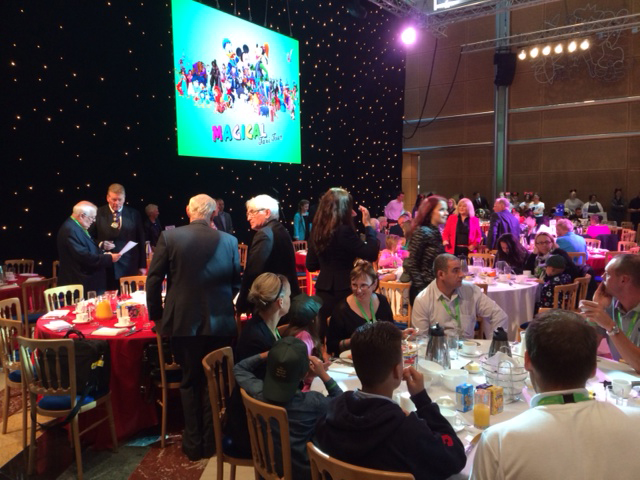