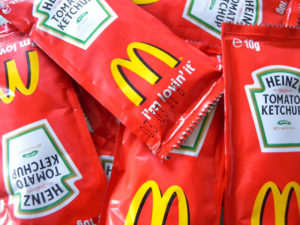 The fast food giant will no longer offer customers condiments such as Heinz Tomato Ketchup, Barbecue Sauce or Sweet and Sour Sauce. It is yet to announce a replacement supplier.

A McDonald’s spokesman said: “As a result of recent management changes at Heinz, we have decided to transition our business to other suppliers over time. We have spoken to Heinz and plan to work together to ensure a smooth and orderly transition.”

It was announced in April that Hees, the former Burger King chief executive officer, was to take the helm at Heinz, following the £18bn acquisition of the business by Warren Buffett’s Berkshire Hathaway and investment fund 3G Capital in February.