By Newsroom on June 28, 2013Comments Off on Poland Spring Rallies in Support of Boston Marathon Bombing Victims 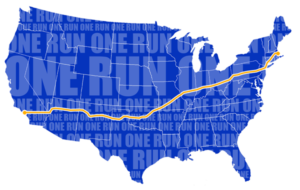 Sunday, June 30 marks the last leg of the One Run for Boston relay, a 3,300-mile relay race where individuals across the country registered to run and dedicate their time to raise money for The One Fund, which was created to raise money to help those families most affected by the tragic events of the 2013 Boston Marathon.

Nestle Waters North America’s portfolio of regional spring water brands, which includes the regional North East brand, Poland Spring, has helped keep runners hydrated with 100 percent natural spring water across 14 states during the relay over the past three weeks, which kicked off at Venice Beach in Los Angeles, Calif. on June 7.

To celebrate the end of the relay, and honor those affected by the tragedy in Boston, NWNA is making a donation to the One Fund Boston in support of those victims affected by the Boston Marathon bombing.

The last leg of the One Run for Boston relay begins this Sunday at Mile 19.5 of the historic Boston Athletic Association’s Boston Marathon course, where the Poland Spring Hydration Zone is stationed during the running of the Boston Marathon. 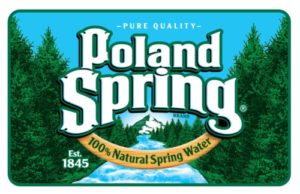 “We are honored to be the official bottled water sponsor for the One Run for Boston relay,” says Angela Barile, Group Marketing Manager, Regional Spring Waters.

“Poland Spring has been a part of the Boston Marathon for more than a decade, supporting and hydrating participants, and April 15, 2013 is a day we will all remember for years to come. Making a donation in support of The One Fund for Boston is our way to recognize and help support those affected during their time of recovery and renewal.”

One Run for Boston was organized by Danny Bent, Kate Treleavan and Jamie Hay all living in the United Kingdom and who share an ambition to make the world a better place.

With a passion for running and supporting causes, they’ve organized a 9,000 mile bike ride from London to India, an 8,000 mile non-stop running relay around the UK and produced human rights documentaries amongst other adventures.

After hearing about the devastating event that took place in Boston on April 15, they set out to unite runners for Boston and raise money for The One Fund.

Poland Spring Rallies in Support of Boston Marathon Bombing Victims added by Newsroom on June 28, 2013
View all posts by Newsroom →