By Newsroom on November 10, 2016Comments Off on R&B Distillers win two bronze medals in HKIWSC 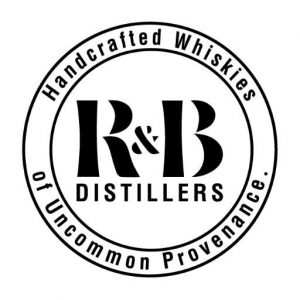 These prestigious awards are an outstanding achievement for such young whiskies and is a great addition to R&B Distillers growing list of accolades: in May 2016 the lightly-peated single malt, Raasay While We Wait, won the International Spirits Challenge (ISC) bronze award and was swiftly followed in July by a silver medal in the International Wine & Spirit Competition (IWSC). Raasay While We Wait is now a triple award-winning scotch whisky and the bronze HKIWSC medal is the first international award for Borders.

HKIWSC is run in partnership with the IWSC and is the first truly Asian wine and spirit competition in the world. Judging is conducted by Asia’s most esteemed wine and spirit experts in two stages, first through a silent blind tasting in which the whisky are ranked alongside their competitors and proceeded by a discussion.

R&B stands for Raasay and Borders, two unique Scottish landscapes brought together through one unique whisky company. Co-founder Alasdair Day embodies this coupling; his great grandfather hailed from the Hebrides, while his other great grandfather was a master-blender in the Borders in the early 19th Century.

Raasay While We Wait, which is finished in Tuscan red wine casks, is R&B’s representation of the style of whisky they intend to distill at their brand new Isle of Raasay Distillery. With the distillery currently under construction and set to open and begin production in late spring 2017, the first single malt from Raasay itself will be bottled in 2020.

R&B plan to build a second distillery in Peebles, within the Scottish Borders region and their Borders single grain has been produced to reflect this lowland style. It is uniquely the only single grain Scotch Whisky to contain 50% wheat & 50% malted barley from one highland distillery. Borders is finished in Oloroso sherry casks rendering it dry and complex with herbaceous and floral notes.

Alasdair Day said of their fantastic achievement at the HKIWSC – “Since The Tweeddale Blend was introduced to the Asian market there’s been an interest in the story behind R&B Distillers, and Raasay and Borders have proved no exception. We’ve been able to provide an uncommon Scotch whisky palate to a new younger urban market .”