By Newsroom on January 7, 2015Comments Off on Sean Connolly Joins Forces With SKYCITY Again 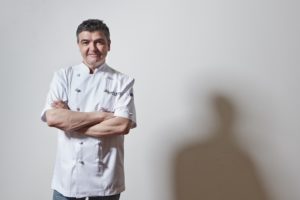 Connolly who has had affiliations with SKYCITY prior to this new venture when he launched the extremely successful The Grill by Sean Connolly in Auckland, New Zealand as well as heading-up the Astral in Sydney Casino. He has been awarded many accolades during his years as a chef, and this new SKYCITY venture is set to raise his profile even further.

But this project isn’t your ordinary restaurant. Inside it has the rather quirky Museum of Ham, that is well, a collection of different hams from around the world. Additionally there is also a world-class dining experience offered by Connolly’s revered team of chefs and waiting staff.

The restaurant will be utilizing local produce as they venture into a partnership deal with Kangaroo Island Gold as well as Saskia Beer. Connolly told Rip It Up, “It made sense to open a restaurant here in partnership with Adelaide Casino. I use as much of it as I can, even in my restaurants in the east.” 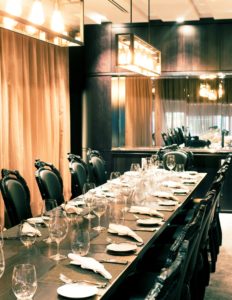 The restaurant houses upwards of 180 guests at one-time and is separated into four difference dining areas including an alfresco space and a private dining area.

Interestingly enough, Connolly isn’t the first celebrity chef from England that has recently announced plans to open a restaurant in an Australian casino. Heston Blumenthal has also unveiled plans to open an innovative new eatery at the Crown in Melbourne.

This business strategy is being employed by leading casinos to find alternative ways to increase profit in Asia, Australasia, North America and Europe after the huge hits they incurred when online gaming became so lucrative after the launch of InterCasino in 1997. After many casino operators faced uncertain futures, a lot of establishments looked at a variety of entertainment options to make up for such losses. Now some of the best chefs in the world are being used as ways to make up those short falls, as casino launch new dining experiences across the globe.

Adelaide Casino is set to garner even more column inches when Connolly’s upcoming TV show ‘Sean’s Kitchen’ that was filmed on the site of the restaurant hits Australian primetime television. The show will only heighten the restaurant and Connolly’s profile in the coming months.