By Newsroom on January 29, 2014Comments Off on Skittles & Marshawn Lynch Auction Skittles “Seattle Mix” for Charity 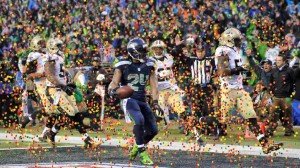 In honor of Skittles super fan Marshawn Lynch, the Seattle Seahawks and their incredible fans, Skittles is auctioning off “Seattle Mix,” a limited-edition flavor mix (not available in stores) featuring the team’s iconic blue and green colors.

Three lucky fans will have the chance to win packs of Skittles “Seattle Mix” along with one-of-a-kind football-inspired Skittles-covered items through an online auction beginning Wednesday, January 29.

Skittles will also cheer on Lynch during Sunday’s big game by donating $10,000 to the Fam 1st Family Foundation for every touchdown Lynch scores.

To up the awesomeness, the Rainbow is rewarding a limited number of lucky Seahawks fans through surprise Skittles “Seattle Mix” giveaways in Seattle.  Fans should be on the lookout for special appearances by the Rainbow. 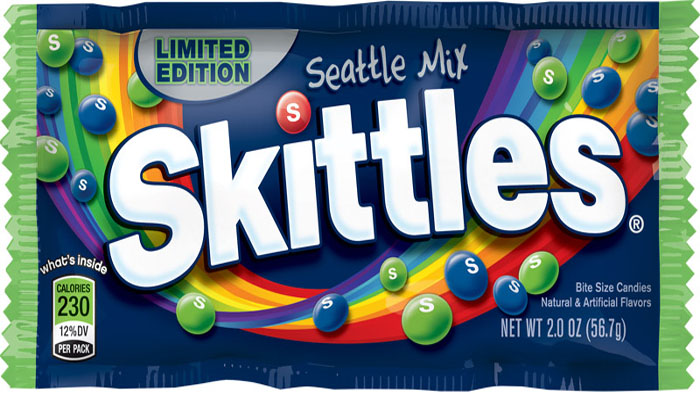