By Newsroom on May 8, 2013Comments Off on Sodexo Foundation Awards Food Recovery Network Grant to Fight Hunger

Sodexo Foundation continues its investment in youth engagement and the fight against hunger with a $150,000 grant to the Food Recovery Network, advancing its work to fight food waste and hunger nationwide.

The Food Recovery Network is a consortium of college students fighting hunger and food waste by recovering surplus food from their dining halls and delivering it to local residents in need of a meal. Since its inception at the University of Maryland, College Park in September 2011, FRN has expanded to 21 campuses in 9 states plus Washington, DC, recovering over 140,000 pounds of food.

“A staggering 40 percent of all food grown or raised in the U.S. goes to waste while more than 50 million people in the country are at risk of hunger. Food Recovery Network represents the type of innovative, student-led approach to ending hunger that can affect real change in local communities,” said Robert A. Stern, chair, Sodexo Foundation.

“Raising awareness about food waste and mobilizing youth are critical components to ending hunger and Food Recovery Network offers a model that successfully addresses both.”

In June 2012, FRN Founder and Executive Director Ben Simon , a senior at UMD, first encountered Sodexo Foundation when he was recognized as a regional honoree for its Stephen J. Brady STOP Hunger Scholarship.

Simon maintained his relationship with the foundation, eventually approaching it that summer to discuss expanding FRN to other campuses. These discussions continue into the present, with hopes of a finalized partnership agreement on the horizon.

While the grant comes from the non-profit charitable arm of Sodexo, one of the largest diversified services providers in the nation, the funding will not be limited to the more than 850 colleges and universities served by the company. 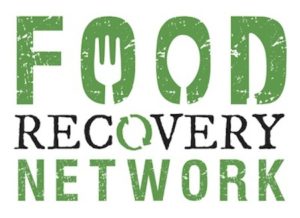 Of FRN’s 21 campuses, three are contracted with Sodexo: University of California, Davis, The George Washington University, and Providence College.

“Food Recovery Network is extremely excited to be partnering with Sodexo Foundation,” said Simon. “Together, we’re breaking down walls and advancing a very common sense solution – food for people, not for dumpsters.”

During its first 20 months, FRN was run entirely by student volunteerism. The organization is currently led by a co-founding team of students who each contribute 5-20 hours per week guiding other students across the country – launching new chapters at their own colleges.

According to the EPA, America’s food waste amounted to 35 million tons in 2010. Ninety-seven percent of that ended up in incinerators or landfills, where rotting food is a top emitter of methane gas, which is 21 times more harmful toward climate change than carbon dioxide. At the same time, 50 million Americans are food insecure, including one in five children.

Simon says he envisions food recovery becoming the new normal, and aims to have 1,000 Food Recovery Network chapters across the United States donating 10 million pounds of food by the end of 2017.

Sodexo Foundation Awards Food Recovery Network Grant to Fight Hunger added by Newsroom on May 8, 2013
View all posts by Newsroom →