By Newsroom on May 14, 2013Comments Off on SUBWAY CDO Don Fertman Back On CBS’s Undercover Boss 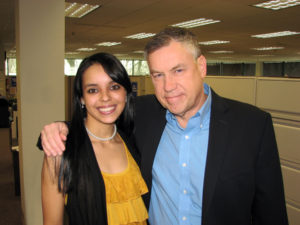 Don Fertman, the Chief Development Officer for the SUBWAY restaurant chain, who appeared on the second season of CBS’s hit reality show “Undercover Boss” in 2010, will be making another appearance on the program on Friday, May 17, for a special episode titled “Undercover Boss: Epic Bosses.”

In this unique “Undercover Boss” episode, the Emmy award-winning series will catch up with many of the particularly memorable bosses from all four seasons to see how their experiences on the show impacted their lives and their companies.

Don visited four SUBWAY restaurants disguised as John Wilson , a former drug and alcohol counselor looking for a new career. The experiences changed Don and gave him an even better perspective on those working the front lines of the SUBWAY restaurant chain.

But the experience also proved life-changing for at least one viewer, who was so moved by Don’s story of struggle and eventually conquering his own addiction that the viewer, Harold A. from the Midwest, quit drinking and has been sober since the episode aired.

Both Don and Harold appeared in the documentary film, “The Anonymous People,” which had a screening in Hartford, Connecticut recently. Don and Harold both attended, meeting for the first time at the screening.

“Taking part in ‘Undercover Boss’ has been very enriching for me as a person because of the experiences I had and the people I was able to work with,” Don said. 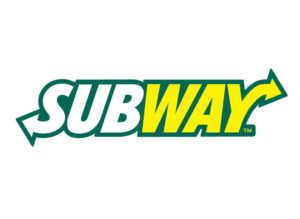 One of the people Don has remained in touch with from the “Undercover Boss” experience is Jessi Polk , then a Sandwich Artist and now an Assistant Manager of a SUBWAY restaurant in Orlando, Florida.

Don and Jessi have stayed in touch over the past two years and Jessi was in Connecticut for a recent Sandwich Artist Roundtable event, which was filmed as part of the Epic Bosses special episode.

Don has been working with Executive Vice President Millie Shinn on conducting Sandwich Artist Roundtables throughout the world as a way to hear first-hand about the restaurant experience.

Joining Don and Jessi, who gave Don a bit of a hard time while training him in the original “Undercover Boss” episode, were local Sandwich Artists and Store Managers. Each shared their experiences on customer service, a continued focus of the brand, and then made and shared their favorite sandwiches.

The SUBWAY brand values the nearly 400,000 Sandwich Artists around the globe and the job they do on a daily basis, with many Sandwich Artists and restaurant employees going on to other positions within the company, such as restaurant managers, field consultants, trainers, franchisees, Development Agents and headquarters’ employees. 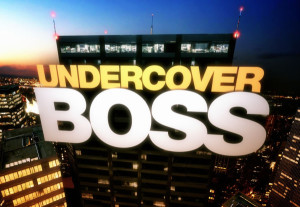 “The Sandwich Artists in the Subway system provide invaluable insight, as they are the ones who have the most contact with customers and have a tremendous amount of knowledge on how we can make the customer experience even better,” Don said.

“In speaking to Sandwich Artists, I am always encouraged by their dedication, the amount of hard work they do and their willingness to share their ideas.”

Subway co-founder and President Fred DeLuca opened the chain as a 17-year-old looking to make money for college. He was the company’s first Sandwich Artist, making the first SUBWAY sandwich in 1965 and spends much of his time traveling to SUBWAY® restaurants around the globe speaking to franchisees and Sandwich Artists on product and operations.

Due to his high-profile within the SUBWAY system, he determined that Don would be best for the Undercover Boss assignment.

Each year at the company’s annual convention, Sandwich Artists are featured prominently in the Sub Jammers Competition, where Sandwich Artists from around the world compete to see who can make a SUBWAY sandwich to formula in the quickest time.

The Sub Jammers Competition has turned into one of the most exciting and popular events at the convention.

SUBWAY CDO Don Fertman Back On CBS’s Undercover Boss added by Newsroom on May 14, 2013
View all posts by Newsroom →