By Newsroom on February 27, 2014Comments Off on The Clink Charity Launches Its Third Training Restaurant at HMP Brixton

The Clink Charity opens the doors of The Clink Restaurant at HMP Brixton – the charity’s third training restaurant – following the official launch event on 26th February 2014.

The Clink Restaurant at HMP Brixton is the latest milestone in the charity’s development and growth. A brand new concept to come to London, the restaurant is part of a wider resettlement programme taking place at HMP Brixton to drive prisoner rehabilitation through education across a range of disciplines with the charity specifically focusing on hospitality. 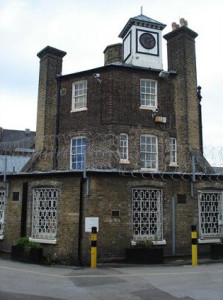 In partnership with Her Majesty’s Prison Service (HMPS) there will be a total of 10 training facilities and projects in operation across the prison estate by 2017. The Clink Restaurant at HMP Brixton will train up to 28 prisoners at a time in both cooking and front of house service, working in a true-to-life environment, under the guidance of experienced trainers to achieve nationally recognised City & Guilds qualifications.

With the sole aim of reducing prisoner reoffending, The Clink Charity mentors each graduate weekly for a further six to 12 months, once training is completed and prisoners are released, supporting them in finding full time employment. Continued mentoring is crucial to the ongoing rehabilitation of prisoners in the UK with The Clink Restaurant at HMP High Down achieving a reoffending rate of just 12.5% in 2011 compared to the national average of 47%.

Jeremy Wright MP, Parliamentary Under-Secretary of State, Minister for Prisons and Rehabilitation was in attendance at the opening, saying:

“We know that one of the keys to tackling our sky high reoffending rates is equipping offenders with the skills and work ethic they need to help them find a job on release. The Clink is an excellent example of this and I am genuinely impressed by the standard of the work and the results I’ve seen so far. Encouraging meaningful work and training in prisons will help offenders address the issues that led to their imprisonment in the first place so they can turn their lives around for good – reducing reoffending and preventing so many needless victims of crime.” 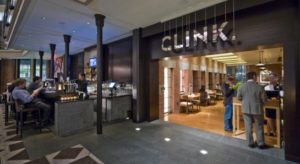 Commenting on the launch of the restaurant, Chris Moore, chief executive of The Clink Charity, says:

“The launch of The Clink Restaurant at HMP Brixton is testament to the ongoing success of the charity and its positive influence on the national rehabilitation of prisoners. Through the use of The Clink’s Five Step Model of recruitment, training, auditing, employment and mentoring, we are contributing to the reduction in prisoner reoffending in the UK.”

Reservations at the restaurant follow the same strict approval process as operated at The Clink Restaurant at HMP High Down in Surrey, limiting entry to those with a genuine interest in the Charity, including companies, charities, community projects and philanthropic individuals. Those looking to book a table will need to complete the booking enquiry form and await a response from the reservations team.

To find out more about The Clink Charity, its three training restaurants and for information about getting involved, please visit here.

The Clink Charity Launches Its Third Training Restaurant at HMP Brixton added by Newsroom on February 27, 2014
View all posts by Newsroom →