The UK Search For The Next Big Pasty Recipe Has Begun!

By Newsroom on September 11, 2015Comments Off on The UK Search For The Next Big Pasty Recipe Has Begun! 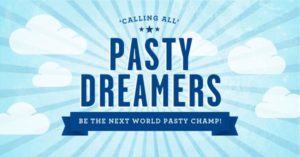 Double award winning World Pasty Champions, West Cornwall Pasty Co have started a UK wide search for the next big name in savoury pasty creation! Calling all dreamers who have ever wanted to see their dream pasty in the crust!

This is the first time West Cornwall Pasty Co have run the competition which will be launching on the 10th September. The company who are famed for their award winning Cornish pasties are the existing World Pasty Champions for 2014 and 2015 in the Traditional Cornish Pasty category.

The winner will be chosen by an expert pasty panel and the winning pasty recipe will be refined and developed by the West Cornwall Pasty Co development team.

Heidi Langford West Cornwall Pasty Co’s Head of Product comments; “we’re looking for an outstanding pasty recipe that will not only wow the judges at the World Pasty Championships but will also delight our daily customers around the UK. We’re looking for innovation matched with a great story about why ingredients have been chosen and we’re particularly interested in stories linking the entry back to Cornwall and the reasons why.” 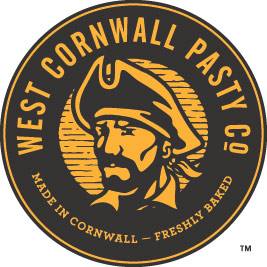 In addition, the winner and their guest will be invited to join West Cornwall Pasty Co to attend the World Pasty Championships which are hosted at The Eden Project, Cornwall on the 5th March 2016.

A profile of the competition winner alongside their pasty will also feature on the West Cornwall Pasty Co website and Social Media. Pasty Fame!

The UK Search For The Next Big Pasty Recipe Has Begun! added by Newsroom on September 11, 2015
View all posts by Newsroom →