By Newsroom on January 16, 2013Comments Off on Wingstop Scores 9 Consecutive Years of Same Store Sales Increases 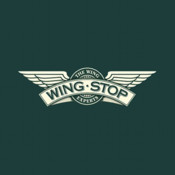 “A lot of concepts reach 500 stores and lose steam, but Wingstop is just getting started,” said Charlie Morrison, who was appointed Wingstop president and CEO in June. “Thanks to our great operators, a talented development team, a craveable product and a dedicated corporate staff for delivering our 2012 accomplishments!”

Wingstop online sales were also up 70 percent over last year, thanks to several interactive campaigns including the Wingstop phone app, a more streamlined online ordering system, and the launch of the company’s first national Facebook and Twitter sweepstakes.

Additionally, the Wingstop franchise team reached a new record, signing development agreements to result in 191 new locations to open over the next several years including a master agreement to develop 50 restaurants in Russia. The chain currently has a master agreement for Mexico and expects to sign three to four international agreements in 2013.

“We’re proud of our accomplishments in 2012, but focused on where the new year will take us,” added Morrison. “We’re approaching the company’s 20-year anniversary in 2014, and now is the perfect time to take Wingstop to new heights.”