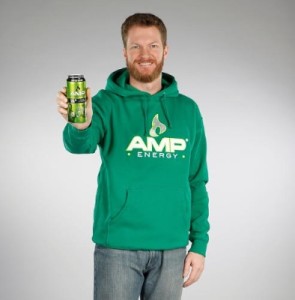 AMP Energy and racing superstar Dale Earnhardt Jr. are excited to announce the debut of a new sour grape flavor, Dale Jr. Sour, available for a limited time at participating 7-Eleven stores across the country starting on April 2. 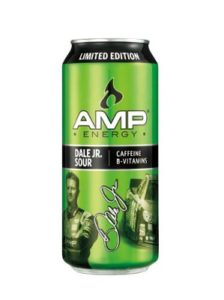 On Thursday, April 10, six Charlotte, N.C. 7-Eleven locations will feature unique Dale Jr. Sour energy stands, where consumers will have the opportunity to try the new flavor. In addition, Dale Jr. is scheduled to surprise his fans by making an appearance at one of the six locations, where he will hand out limited edition giveaways and samples of Dale Jr. Sour onsite. The undisclosed location will be announced the morning of the event via the AMP Energy Twitter feed.

“Like Dale Jr., consumers need real energy to take on whatever the day may bring,” said Aziel Rivers, Director of Marketing, AMP Energy. “Working closely with Dale Jr., we created the new, unique sour grape flavor that we believe fans will reach for on race day or whenever they are looking for a boost of energy.”

Fans can also submit their best #SourFace via the AMP Energy Facebook page for a chance to win limited edition gear starting April 7. One grand prize winner will win a pair of tickets and accommodations to an upcoming race.