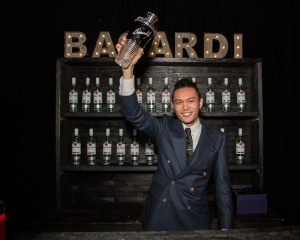 United States Bartenders’ Guild (USBG) crowned Gn Chan in San Francisco as the national finalist of the fifth annual USBG Legacy Cocktail Showcase sponsored by Bacardi rum. Chan will receive an all-expense paid trip to San Francisco, Calif., and the opportunity to share his innovative creation on the global stage as the United States representative in the Legacy Global Cocktail Competition. Chan was one of six national semi-finalists from across the country, winning with Venceremos his inventive Bacardi Superior cocktail.

The USBG Legacy Cocktail Showcase sponsored by Bacardi showcases the best in the cocktail trade, providing a stage from which the bartenders from across the country can share the innovative cocktails they’ve hustled to create. Participants are challenged to create the next generation of classic rum cocktails that will stand the test of time, using Bacardi Superior or Bacardi Gold rum. Classic cocktails are defined by their balance, flavour, quality of ingredients and aesthetic appeal, as well as their enduring popularity and the story behind them. 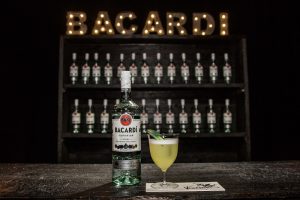 Method: Combine all ingredients and shake. Strain into a rocks glass with one large ice cube and garnish with a pineapple leaf.

“Gn Chan’s winning cocktail and presentation embodies the untameable spirit of Bacardi – it’s clear that there is nothing in the way of his passion to create a truly enduring and classic cocktail,” said Fabio Di Giammarco, Global Vice President for Bacardi rum. 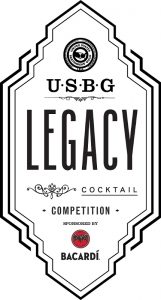 “We are excited to see him advance to the Legacy Global Cocktail Competition in San Francisco in April where he will present in front of a judging panel representing some of the most influential experts of the international bartending and spirits community. This competition is one of the world’s largest and unique events that welcomes bartenders and industry colleagues into the Bacardi family.”

The Legacy Global Cocktail Competition will hold its 2016 Grand Final on Sunday, April 24, in San Francisco, Calif.. A panel of some of the modern day legends of the drinks industry, including Dale DeGroff, Jim Meehan, Ian Burrell and Julie Reiner, will help decide who takes home the coveted title.

“The Legacy Global Cocktail Competition is eight years old this year,” says judge Dale DeGroff, “and in April we will see 36 of the world’s top bartenders come to the US to compete for their drink to capture a place in cocktail history. Bacardi rums have been a part of cocktail culture for decades; through this competition they are bringing another new face to what is becoming a global community of excellence. As a finals judge I am looking forward to travelling to San Francisco in April and celebrating with Bacardi the on-going revival of the cocktail bartending profession.”

The competition seeks to uncover a new generation of cocktails that will endure to become the classics of the future and receives thousands of entries. With 36 global competitors in this year’s final, the winner of each national final will travel to San Francisco to compete for the title. Bacardi has an unrivalled heritage of mixed drinks, and has been the choice of bartenders and rum lovers for more than a century. The winner of Legacy Global Cocktail Competition will see their own cocktail creation take its place alongside other iconic cocktails including the Bacardi Daiquirí, Bacardi Mojito, Bacardi Cuba Libre and many more.

The Legacy Global Cocktail Competition recognizes and nurtures the talent of passionate, innovative bar professionals. The winner’s reward will be truly unique.

Franck Dedieu from France was the winner of the global title in April 2015 with his drink ‘Le Latin.’ His win has so far taken him to twelve countries, serving his drink at huge industry gatherings such as ‘Tales of the Cocktail’ in New Orleans and ‘The Berlin Bar Show.’

“Winning the global title last year was really something huge for me,” says Franck. “As a young bartender I literally grew up mixing this rum, meeting so many inspiring bartenders and friends through my relationship with it.

The Global Final on April 24 will conclude four days in San Francisco during which the group of talented finalists from around the world will participate in a range of educational workshops tailored to hone their skills, before they present their own original interpretation of a modern Legacy cocktail in the competition.

The judges in San Francisco will be:

Ivy Mix – Founder of ‘Speed Rack’ and 2015 American Bartender of the Year.

Judging the bartenders on their drink’s promotional campaign

Since 1862, the untameable spirit of Bacardi, the world’s favourite and most awarded rum, has been at the forefront of cocktail culture, sustaining its legacy as the mixing spirit of choice in the world’s most celebrated cocktails.

The Legacy Cocktail Competition was founded in 2008 to challenge the great bartenders of the modern era to create a cocktail that will stand the test of time, become their signature drink and be remembered long into the future.