“Joe is a seasoned business leader with global financial expertise. His commitment to growing revenue, along with his analytical mindset and a passion for leading teams, will further strengthen our organization and build upon the growth plans for our iconic brands and businesses throughout the world,” said Ed Shirley, President and CEO.

Mr. Schena most recently served as Partner for private equity firm Centerview Capital, focusing on the financial operations of the firm’s portfolio companies since 2007. He is currently Chairman of portfolio company Richelieu Foods. He is a veteran of Gillette where from 2005-2007 he was Chief Financial Officer for the Gillette global business unit of Procter & Gamble responsible for Gillette’s business results, as well as integrating the financial operations of Gillette and P&G. Mr. Schena was formerly the Chief Accounting Officer, Corporate Controller and Vice President Global Financial Operations for Gillette before the company’s merger with P&G in October 2005. Prior to Gillette, he was Corporate Vice President of Strategy and Planning at Nabisco. Before joining Nabisco, Mr.
Schena spent 18 years with Kraft General Foods where he held a variety of positions of increasing responsibility including Chief Financial Officer of the Breakfast Business Unit. He also worked for News Corporation as Controller of the News America business unit with responsibility for planning, business analysis and accounting.

“I’m thrilled to join a fascinating company with such an amazing 150-year heritage,” said Joe Schena. “I look forward to growing the business and generating results as I believe strong analytical rigor, financial discipline and solid investments can have an immediate impact on the organization. I look at the finance department as the glue that brings all the other functions together to help a dynamic company like Bacardi succeed.”

As part of his planned retirement, Mr. Croisetière will continue with the Company through the end of the calendar year to ensure a smooth transition.
He has been with Bacardi since 2009 serving as the head of the global Finance team. Mr. Croisetière’s nearly 40-year career has spanned manufacturing, commercial, financial and strategy roles in automotive, chemicals and consumer goods industries based out of Bermuda, the United States, Europe and Canada. Prior to joining Bacardi, he served as Chief Financial Officer of Rohm and Haas where he was one of the key architects in the company’s purchase by The Dow Chemical Company. During his 10-year tenure at Rohm and Haas, he held a variety of positions of increasing responsibility including Vice President and European Region Director and Global Business Director of Ion Exchange Resins based in France. He also worked for Morton International, Inc., Sara Lee Corporation, and the Bank of Montreal in a variety of finance-related positions.

“Under Jacques leadership, Bacardi Limited strengthened its corporate and financial governance practices, he was also a key influencer, setting up significant platforms and programs to move the Company forward,” added Mr.
Shirley. “We thank Jacques for his dedication to the Company and wish him all the best in his retirement.” 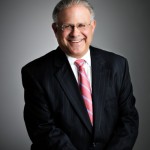