Official Supplier to The European Tour since 2012, Mouton Cadet – the world’s leading Bordeaux AOC wine – became a member of the prestigious family of Ryder Cup sponsors in March 2013, confirming its commitment to golf.

A combination of outstanding terroir and the passion of the Baron Philippe de Rothschild (1902-1988), Mouton Cadet, an expressive and seductive wine, has embodied quality, prestige and savoir-faire since its creation in 1930. 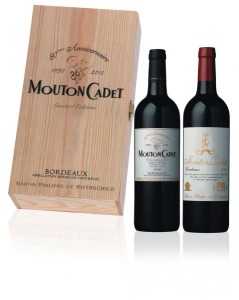 The Mouton Cadet Sélection Ryder Cup will be a unique wine displaying the prestigious competition’s logo. This limited edition, made in collaboration with Paul McGinley, will be revealed early spring 2014.

“I am honoured to be working on this limited edition. Mouton Cadet and The Ryder Cup share the same values of tradition, elegance and conviviality.” Paul McGinley

Hugues Lechanoine states, “It is a significant partnership. In the same way that The Ryder Cup teams bring together the finest golfers, we select grapes from the finest parcels to create this limited edition. I would especially like to thank Paul McGinley for his personal involvement in making this wine”.

Mouton Cadet Sélection Ryder Cup will be available from June 2014 at selected venues and at Gleneagles during the event, from September 26th to 28th 2014.