By Newsroom on September 18, 2015Comments Off on BBH’s Seamless Ads Uses Witty 1-Liners to Tap Into How New Yorkers Eat 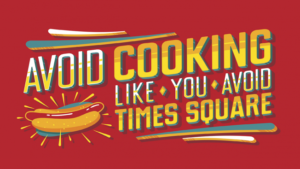 Delivery website Seamless has taken off across the country, on college campuses and in major cities—especially New York City, where people are always on the move and always hungry for some delivery.

The brand’s most recent New York-based campaign from BBH plays up the city’s eating culture.

“New York is such a unique place. It’s full of people on the move, and because of the pace and the way people live in New York, Seamless is the foundation of how people eat in the city,” BBH creative chairman John Patroulis said. “Everyone relies on Seamless.” 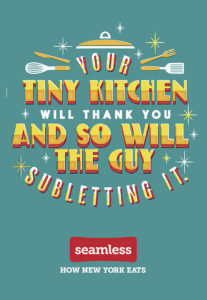 BBH New York won Seamless’ NYC business, previously handled internally by the food-delivery company, a few months back. Billboards and ads on subways and bus kiosks started popping up across Manhattan earlier this week. Patroulis said the goal with the campaign is to reach New Yorkers on the move—either on the streets or commuting to and from work.

Ads from the NYC campaign include witty one-liners like “Avoid cooking like you avoid Times Square” and “Your secret 3am dumpling & donut order is safe with us.” The campaign will continue to roll out over the next few months with additional print work and a TV spot debuting later this fall.

Take a look at some of the print work, which is inspired by classic New York restaurant typography, below: 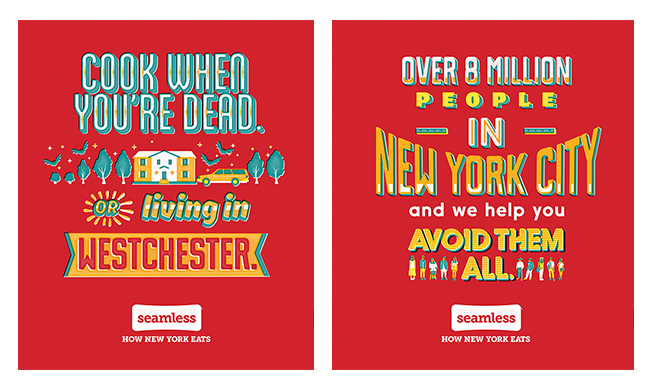 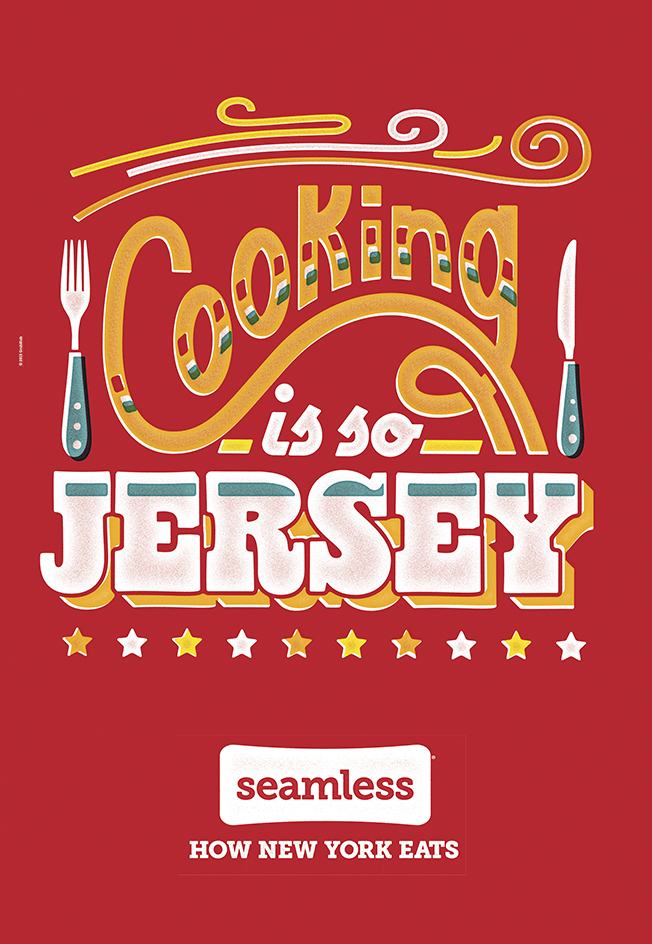 BBH’s Seamless Ads Uses Witty 1-Liners to Tap Into How New Yorkers Eat added by Newsroom on September 18, 2015
View all posts by Newsroom →