By Newsroom on March 22, 2013Comments Off on Beer Serves America … Literally 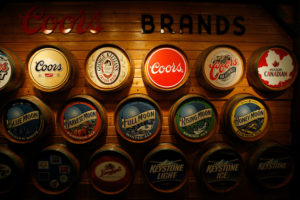 Jointly commissioned by the Beer Institute (BI) and the National Beer Wholesalers Association (NBWA), the Beer Serves America study shows that the industry generates more than two million American jobs, accounting for nearly $79 billion in wages and benefits and more than $246.6 billion in economic activity.

The industry also contributed $49.1 billion dollars in the form of business, personal and consumption taxes in 2012.

“Beer serves America at virtually every level of the economy, from the two million employees, to the small businesses in middle class communities, and the important tax revenues at the local, state and national levels,” said Tom Long, CEO of MillerCoors and chairman of the Beer Institute. “From farmers to factory-workers, from brewery-hands to bartenders, beer puts Americans to work.” 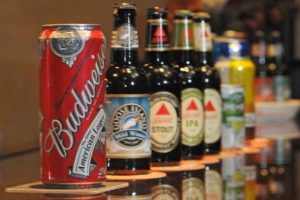 “As independent businesses, America’s licensed beer distributors are proud to provide more than 130,000 quality jobs with solid wages and great benefits to employees in every state and congressional district across the country,” said Bob Archer, president of Blue Ridge Beverage Co., Inc. in Salem, Virginia, and chairman of NBWA.

According to the study, the beer industry directly employs nearly 1.1 million people, paying nearly $31.8 billion in wages and benefits, among brewers, distributors and retailers, such as supermarkets, convenience stores, restaurants, bars and stadiums.

“In addition to providing quality jobs with solid wages, the independent, three-tier beer distribution system provides transparency and accountability and works to ensure alcoholic beverages are sold only to licensed retailers who in turn are responsible for selling only to adults of legal drinking age,” added NBWA President Craig Purser. 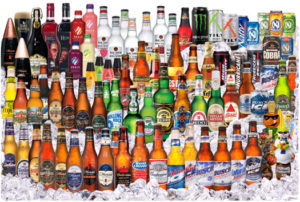 “This time-tested system, in which America’s beer distributors play a critical role, ensures that brewers of all sizes can reach a wide network of retailers and American consumers can enjoy tremendous choice and variety – 13,000 different labels of beer – at a great value.”

“These numbers demonstrate that our industry continues to create quality jobs, build our economy and generate important domestic revenue in an economy that needs every job we can support,” said Joe McClain, president of the Beer Institute.

“For this reason, it is important that state and federal officials consider equitable tax policies and avoid harming an industry that is so effectively aiding economic growth.”

The Beer Serves America economic impact study was conducted by John Dunham & Associates based in New York City and covers data compiled in 2012.

The complete study, including state-by-state and congressional district breakdowns of economic contributions, is available at www.BeerServesAmerica.org.