By Newsroom on August 5, 2013Comments Off on Burger King Apologises After Employee Tweets Picture of Him Lying on Burger 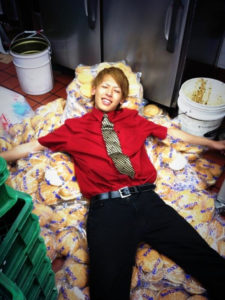 Burger King has issued an apology after an employee at one of its restaurants in Japan tweeted picture of himself lying on bags of burger buns.

The picture, which showed the employee lying on wrapped buns, was sent by the now deleted account @inotayuta and has been seen around the world.

Burger King said in a statement that the part-time employee had received a ‘severe reprimand’ and claimed that the buns had been disposed of and not served to customers.

The same account also held a picture of the employee sitting in a restaurant bin.

Burger King Apologises After Employee Tweets Picture of Him Lying on Burger added by Newsroom on August 5, 2013
View all posts by Newsroom →