By Newsroom on January 12, 2017Comments Off on Burger King’s Optical Illusion Makes it Look Like Burgers are Grilling on the Subway 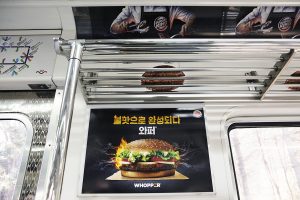 In South Korea, Burger King is tempting commuters to think of its flame-grilled burgers with a clever optical illusion on subway cars.

The brand wrapped an entire train with the posters, which make it look as if the burgers are grilling on the cars’ existing luggage shelves and the passengers are underneath the grill. The campaign is particularly targeting routes which serve Burger King restaurant locations.

The idea came from a student, Dongeon Lee, at the Hongik University in Seoul. The fast food chain brought the concept to life in partnership with Dongeon and creative agency Cheil Worldwide. 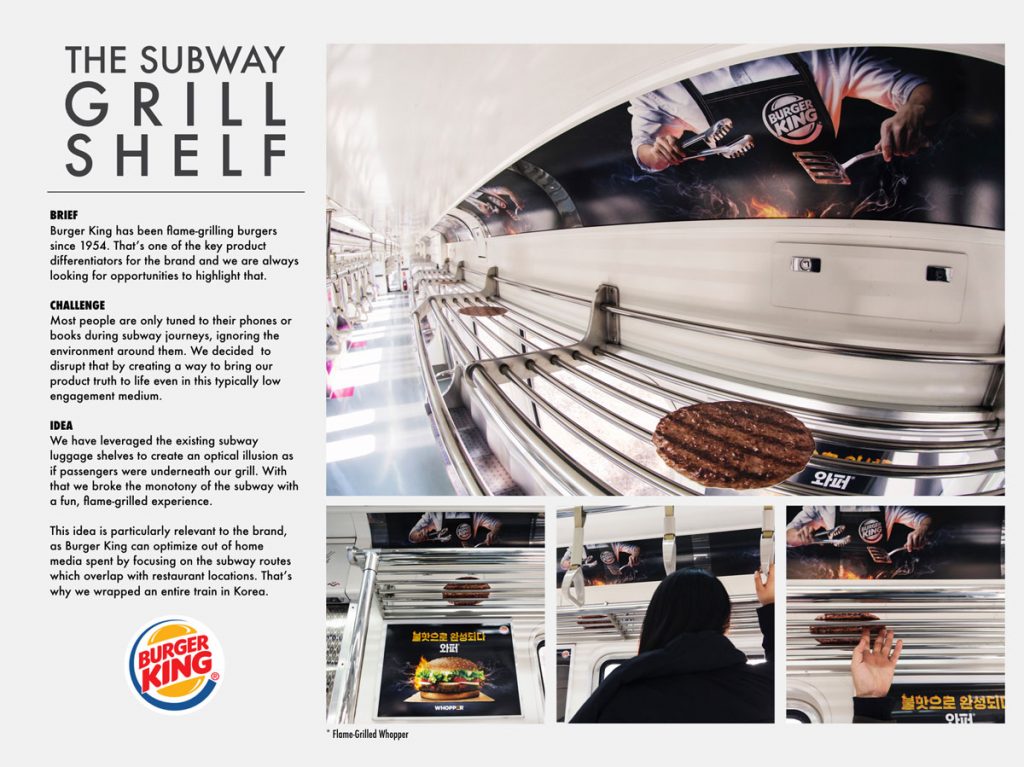 Burger King’s Optical Illusion Makes it Look Like Burgers are Grilling on the Subway added by Newsroom on January 12, 2017
View all posts by Newsroom →