By Newsroom on September 27, 2012Comments Off on Burts Chips and Guinness toast the launch of the first ever Guinness flavoured crisp

Artisan, premium crisp brand Burts Chips and Guinness are proud to announce the launch of the world’s first Guinness flavoured crisps, in a move that’s set to mark one of the biggest launches the snack category has seen in years in a deal brokered by global licensing firm Broad Street Licensing Group.

Guinness Burts Chips, which have been designed to target male consumers and capitalise on key sporting occasions, launch this September in the on-trade as well as grocery retail to stir excitement in consumers looking for a quality, tasty snack with big character and capitalise on the growing UK snacks market.

The secret flavour combination of this unique Irish stout, blended with Burts’ thick cut potato chips which are hand-cooked in high oleic sunflower oil for ultimate crunch, results in a moreish snack, with a strong, bitter sweet flavour. Flavour specialists from Guinness have worked closely with the Burts Chips team at their factory in Roborough Devon for six months, perfecting the unique taste and texture of the crisps to prepare them for launch.

The packaging is set to prove a big hit with Burts and Guinness customers alike with the brand’s logos set against the iconic black velvet finish of a Guinness pint of beer, giving the product instant shelf stand out and consumer appeal.

Leane Bramhall, Marketing Director at Burts Chips, said: “The coming together of Burts Chips and Guinness makes a lot of sense. As brands we both carry a reputation for quality and strong, distinctive tastes and take the time to achieve perfection in our products, a similarity that has formed the basis of this exciting partnership.”

“We are confident that consumers will react very positively to the launch of Guinness Burts Chips. Guinness is one of the world’s most popular beers, enjoyed all over the globe – and everyone knows that there’s no better combination than a pint and packet of crisps, so a stout flavoured crisp seemed the obvious next step. With both brands currently performing very well and receiving positive consumer feedback this is a chance for to retailers to capitalise on the launch and drive sales.”

A spokesperson from Guinness added: “Following the success of Guinness branded peanuts and cashews we’re very excited to be partnering with Burts Chips for our second launch into the UK snack market. We are confident that the product will prove extremely popular with current Guinness lovers and will also attract some new customers to the brand as crisps are currently selling extremely well to whole cross-section of consumers”.

Guinness Burts Chips will be available from Selfridges, Waitrose and ASDA stores nationwide from September, priced 75p for 40g packet and £1.99 for 150g packet. 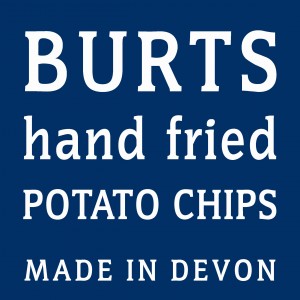 Burts Chips and Guinness toast the launch of the first ever Guinness flavoured crisp added by Newsroom on September 27, 2012
View all posts by Newsroom →