By on July 14, 2016Comments Off on Cadbury’s Top Marketer Matthew Williams Departs After 15-years 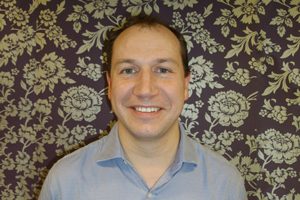 Cadbury’s top marketer Matthew Williams has departed after 15 years at the business.

There’s no new news on whether he has a job to go to, while an announcement on his replacement at Cadbury owner Mondelez International is expected in the coming days.

A Cadbury spokesperson said: “We are sad to say goodbye to Matthew Williams after 15 years in which time he has provided tremendous leadership and creativity for the Cadbury brand.

“We would like to thank Matthew for his passion and leadership of great marketing, we wish him every success for the future. We will announce Matthew’s successor shortly who will continue to direct the talented Cadbury team through even more exciting new marketing activations.”

He joined Cadbury as head of global chocolate when it was run by former owner Kraft, and stuck with the chocolate when it was spun off along with other snack brands like Oreo and Trident under the Mondelez business in 2012. He held several senior roles for the business, most recently marketing activation director for chocolate in the UK and Ireland.

During this time, he has forged a strong relationship with creative agency Fallon, with the two responsible for some of the brand’s most memorable work in recent times. The ‘Joyville’ campaign was one of the most popular during the London 2012 Games, which Cadbury sponsored, while the arrival of the #FreetheJoy push two years later introduced the nation to Keith– the office worker-cum-Bacarra fan. He also led a revamp of the brand’s packaging and the actual bars.

Under his stewardship, Cadbury has been quick to embrace the latest technology and marketing strategies, including Snapchat and a real-time newsroom for its Brit Awards partnership in 2014.

For all the progress the brand has made over the last 15 years, Williams’ departure comes at somewhat of a crossroads for it. Cadbury lost more than £6m in Crème Egg sales last year after it replaced the Dairy Milk in them chocolate for a cheaper recipe, while there have been numerous reports that the brand has last its way in recent times.

Cadbury’s Top Marketer Matthew Williams Departs After 15-years added by on July 14, 2016
View all posts by →