By Newsroom on February 1, 2013Comments Off on Carlsberg Announces New Venture In Myanmar 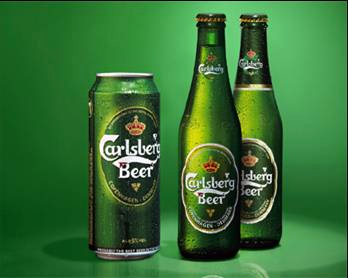 Under this agreement, MGS Breweries and Carlsberg have formed a Joint Venture – Myanmar Carlsberg Co., Ltd. – with plans to set up a new greenfield brewery and distribute Carlsberg beers in the local market. The joint venture is 51% owned by Carlsberg.

“We have followed the developments in Myanmar closely and are encouraged by the recent political developments in the country. We believe that the timing is right for us to invest in the country. We expect that the Myanmar beer market will grow strongly in coming years as the economy expands. MGS Breweries is one of the leading soft drinks producers in Myanmar and a partner we have known for many years. This partnership is a pivotal development in expanding our presence in the country,” said Roy Bagattini, Sr. Vice President of Carlsberg Asia Region.

“This collaboration provides us with the opportunity to play a key role in developing the beer category in Myanmar. As an industry leader, Carlsberg is bringing in its expertise, innovation and international standards. This, combined with MGS Group’s already well-established capabilities and local position in the market, will enable us to capitalize on the significant growth potential of the beer category,” commented Thant Zin Tun, Vice Chairman of MGS Group of Companies.

To initiate the new partnership, Carlsberg and MGS Breweries will hold a joint venture inauguration ceremony in Yangon, attended by several senior government representatives including the Yangon Prime Minister.

“Indochina is an important growth region for Carlsberg in Asia. We enjoy leading positions in Laos and Cambodia and hold a strong presence in Vietnam. In Thailand we have recently established a collaboration agreement with the leading brewery group, Singha Corporation. Our entry into Myanmar is a significant milestone for us and reinforces our ambitions to expand our presence in the region,” added Bagattini.

As a responsible global brewer, Carlsberg is putting an emphasis on its commitment to support the country’s continued development and economic growth.

“We firmly believe that Myanmar is a market that offers great potential and we are looking forward to starting up operations soon,” concluded Bagattini.

Carlsberg Announces New Venture In Myanmar added by Newsroom on February 1, 2013
View all posts by Newsroom →