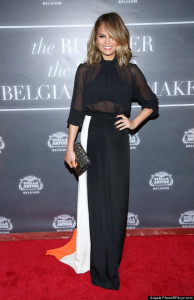 On Belgian National Day, July 21, Stella Artois, the world’s best-selling Belgian beer, took over Stone Street in lower Manhattan with an exclusive dinner featuring Chrissy Teigen, Aliya LeeKong and Cara Nicoletti. The evening event was held to introduce “The Butcher, the Baker, the Belgian Beer Maker,” an online documentary series, produced for Stella Artois by Vice Media, that celebrates the central creative role that women are playing in modern cuisine.

On a cobblestoned side street in the Financial District, Stella Artois set a long, gorgeous communal table, stretching the length of Stone Street, featuring dishes inspired by Teigen, LeeKong and Nicoletti. Images from the launch event can be found here.

“Chrissy Teigen, Aliya LeeKong and Cara Nicoletti each have a driving passion for food,” said John Steed, director, Stella Artois. “This documentary series shows how that passion shapes their lives. Stella Artois embodies more than six centuries of Belgian passion for beer, so we appreciate dedication to one’s craft.”

The first entrant in the documentary series debuted July 21 featuring Cara Nicoletti. The next episodes – starring Teigen, a supermodel and TV personality, and Aliya LeeKong, author of Exotic Table and acclaimed chef – will be coming soon. 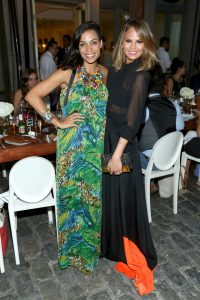 “The Butcher, the Baker, the Belgian Beer Maker” will follow each protagonist on a culinary journey.

Stella Artois will support “The Butcher, the Baker, the Belgian Beer Maker” and continue to celebrate creative culinary artisans with a host of activities throughout the remainder of the summer.