By Newsroom on October 16, 2013Comments Off on ColaLife Replaces Award-Winning Packaging 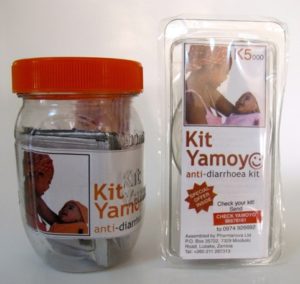 ColaLife, an organisation that delivers aid to developing countries using Coca-Cola’s distribution networks, is redesigning its packaging after it scooped a number of design awards this year.

The original AidPod packs – also known as Kit Yamoyo – was designed by Pi Global as a wedge-shaped container that could carry anti-diarrhoea medicines and slot into unused space between Coca-Cola bottles in crates.

The pack was designed so that it could also be used as a measuring jug, allowing people to mix a single dose of medicine. The project won awards including Product Design of the Year at the Design Museum’s Designs of the Year competition, and The Diamond Award at DuPont Packaging Innovation Awards.

ColaLife founder Simon Berry says, ‘At this point the natural thing to do would be to relax and bask in the glory of all this fabulous recognition of our work on something so meek as an anti-diarrhoea kit.’

Instead, ColaLife again engaged Pi Global, this time to design a cheaper pack that could be produced more locally. 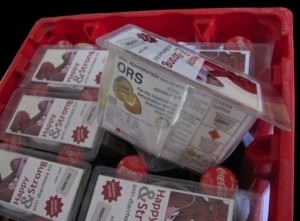 The new packs were also designed to be used outside Coca-Cola crates, after research revealed that not all aid was being taken to its destination using this mechanism.

Berry says, ‘If we remove the constraint of fitting in Coca-Cola crates… then we have a big opportunity to reduce costs.’

However, Berry says the new packaging had to retain all the features of the original packs – and would have to act as a measuring device for water; a mixing and storage device; and a cup.

The result is a screw-top jar, which is cheaper and can be manufactured locally, and which carries the same content as the original packs – sachets of anti-diarrhoea drugs, zinc, soap and an instruction leaflet.

ColaLife says it will continue to use the original packaging where appropriate. The new screwtop jars are set to go into production. 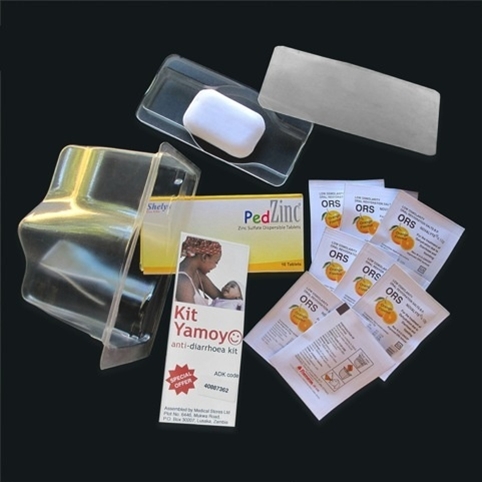