Craft Distillers Toast as Perthshire Prepares for a Conference Boom

By Newsroom on September 28, 2015Comments Off on Craft Distillers Toast as Perthshire Prepares for a Conference Boom 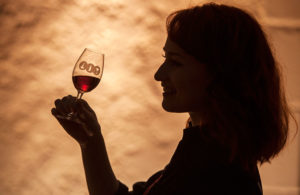 The UK’s first national conference for craft distillers heads up a month of important trade events taking place in Perthshire, expected to significantly boost the food and drink sector locally and across Scotland.

On 5-6 October 2015, The UK Craft Distillers’ Conference, which is run by the Scottish Craft Distillers Association (SCDA), will take place in Atholl Palace Hotel in Pitlochry.

The event will be closely followed by the influential ‘Showcasing Scotland’ in Gleneagles – the largest meet the buyer event of its type in Scotland, on 6-8 October enabling groups and suppliers to attend both important events.

Tony Reeman-Clark, Chairman of the SCDA, an association of small Scottish Distillers formed to strengthen the combined interests of its select members, believes the groundbreaking conference will help them further transform the prospects of small distillery firms.

“Our group of craft distillers are by their very nature extremely passionate about their products and the resultant spirits are some of the finest in the world. It is marvellous to see these very small firms help revive ancient traditions that are so important to Scottish food and drink culture and in doing so provide skilled jobs for young people in Scotland.” 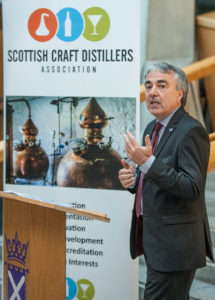 “Sometimes a lifestyle choice as well as a livelihood, it is essential for the future of these businesses that they share expertise and ideas, build relationships and secure a rich future for the industry – something this conference will certainly help to achieve. It is extremely refreshing to encounter such proactive support from the Invest in Perth team who clearly understand the importance of the sector to the region and have been fantastic throughout,” added Tony.

The two day conference will bring together distillers, suppliers and enthusiasts and feature a number of in-depth and authoritative talks and workshops led by key industry and academic bodies, including Douglas Murray, Master Blender at Diageo and Bill Owens from the American Distillery Institute.

There will also be a gala dinner, where the results of the first UK Craft Spirits Competition will be announced. Tickets for the gala dinner and the conference are still available to purchase.

Councillor John Kellas, Convener of Perth and Kinross Council’s Enterprise and Infrastructure Committee, said: “These conferences are extremely beneficial to Perthshire and are attracted here thanks to the diverse strengths of this region, which make it a prime location for business tourism. Not only does the local economy get a notable boost from the influx of visitors, but Perthshire’s rich heritage of food and drink producers will have the opportunity to meet influential buyers capable of driving investment into their businesses. I am confident the UK Craft Distillers’ Conference will be a huge success and on behalf of Perth and Kinross Council we are delighted to have played a role in bringing it to fruition.”

Craft Distillers Toast as Perthshire Prepares for a Conference Boom added by Newsroom on September 28, 2015
View all posts by Newsroom →