By Newsroom on October 22, 2014Comments Off on Del Monte Names MRY Digital and Social Agency of Record 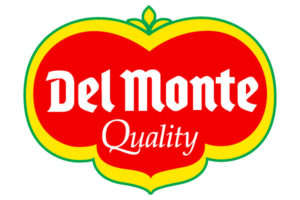 “We at Del Monte Foods were impressed by the MRY team’s energy, passion, and strategic insight, as well as their ability to take those attributes and channel them into a creative execution that truly represents Del Monte,” said Rhonda Lesinski, CMO of Del Monte Foods. “Del Monte is a beloved and historic American brand. We are looking forward to working with MRY to make our 100+-year-old brand more current through digital.”

With MRY’s first campaign for Del Monte running next year in 2015, MRY is planning to focus on fresh digital and social activations that reinforce its quality with existing canned food consumers. The partnership represents a commitment from Del Monte to lean into these mediums for a different level of engagement with consumers.

These digital and social programs are part of a bigger picture advertising and marketing effort from Del Monte Foods. As such, MRY will be working as part of an integrated team comprised of Starcom MediaVest Group, Saatchi X, Integer, Juniper Park, and PR Hacker.

The news of this partnership follows a year of immense growth for MRY, which announced the opening of its MRY West office in San Francisco earlier this year. Del Monte leads an impressive roster of West Coast clients being managed out of the MRY West office.

Del Monte Names MRY Digital and Social Agency of Record added by Newsroom on October 22, 2014
View all posts by Newsroom →